We know why these gentlemen are digging in their three-piece suits, but their identity has been a moot point among archivists.

This famous photograph from the Museum Archives dates from 1896 and was taken at Shea’s Creek, Alexandria, during the construction of Alexandra Canal.

Workers had uncovered numerous large bones, but further excavation of the site, near the Ricketty Street bridge, was delayed until the Museum’s Curator, Robert Etheridge Jnr (second from left), and Government Palaeontologist William Dun (far left), could inspect it.

The bones, later identified as Dugong, were (and are) of great scientific interest. The Dugong is a warm-water tropical marine mammal, and this deposit was hundreds of kilometres south of its range. Further the fossilised bones were ‘confusedly heaped together’ and revealed cut marks which the authors attributed to an Aboriginal stone tool.

So who are the men in the photograph? The handwritten registration of the glass-plate negative in the Museum photographic collection identifies the two standing men as Etheridge and Dun.

Etheridge presented a paper about the discovery to a meeting of the Royal Society of New South Wales on 5 August 1896 with co-authors JW Grimshaw (an engineer on the excavation and amateur scientist) and geologist TW Edgeworth David.

The paper noted that the bones were initially detected in the presence of ‘one of us’ (the engineer, Grimshaw) with the later excavation ‘in the presence of two of us’. The next day’s report of the meeting in the Sydney Morning Herald identified these two as Grimshaw and Etheridge.

The identity of the fourth man is not recorded, but if the article, photograph and newspaper report are correct, he could not have been Edgeworth David as some authors have erroneously inferred.

The scientists concluded that the occurrence of Dugong bones so far south indicated recent changes (in geological terms) in sea level and water temperature. It wasn’t until 2004 that Dr Robert Haworth and colleagues at the University of New England carbon-dated the fossils to around 5500 years BP.

The human markings on the fossils also provided the first archaeological evidence of long-standing Aboriginal occupation of the area, which was reinforced by the recovery of a number of stone hatchets from the excavation. The fossil bones and one of the hatchet heads are still held in the Australian Museum collection.

As a footnote, the Alexandra Canal was originally envisaged as a grand waterway for transporting goods between Botany Bay and Port Jackson at Circular Quay, but the cost proved prohibitive and the plan was abandoned after the completion of just a few kilometres. 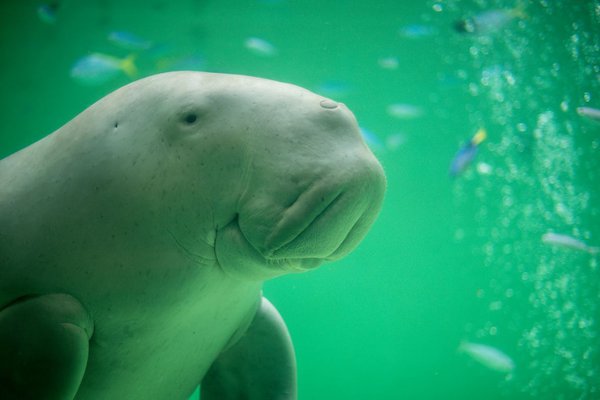 The Dugong is a large, grey brown bulbous animal with a flattened fluked tail, like that of a whale, no dorsal fin, paddle like flippers and distinctive head shape. 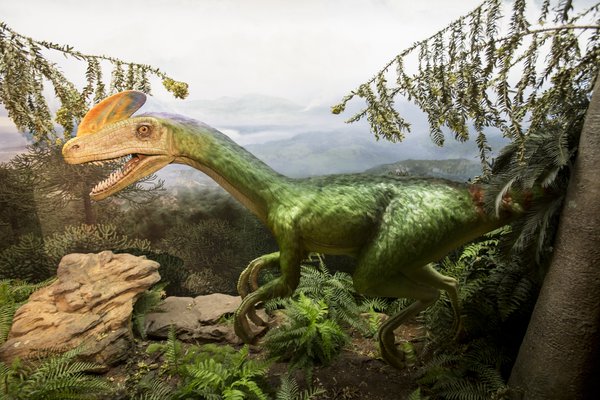 From the importance of First Nations languages to digging for dugongs and the blockbuster Tyrannosaurus exhibition, this issue of Explore presents the AM's major science initiatives and other behind-the-scenes news.