A green frog with orange hands and feet and purple thighs leaps into the spotlight.

The Graceful Treefrog (Litoria gracilenta) is a small, green treefrog commonly heard after spring and summer rain along the east coast of Australia. Until now, the species was thought to occur all the way from north-eastern New South Wales to northern Cape York Peninsula in Queensland. However, subtle differences in appearance between Cape York frogs and their southern counterparts made us suspicious that more than one species was involved, and so we began the investigation.

By examining and comparing the frogs’ colour and body measurements, DNA sequences and advertisement calls, we reveal that the frogs on northern Cape York Peninsula are a distinct species, and name the species the Cape York Graceful Treefrog (Litoria bella). Wewere also surprised to discover that the new species is more closely related to similar frogs in New Guinea than to its southern relative. 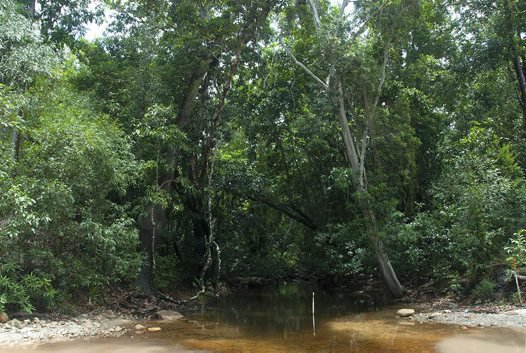 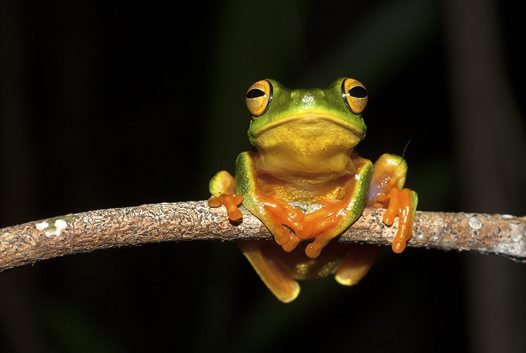 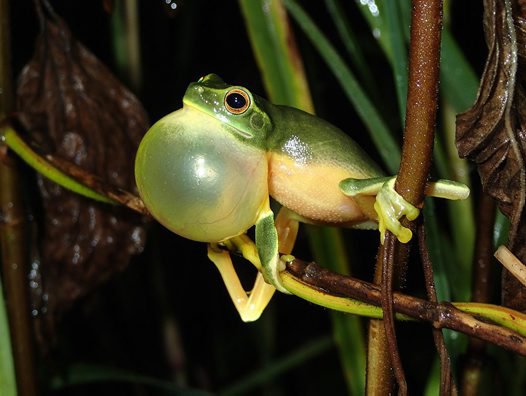 The Cape York Graceful Treefrog is known from between Moa Island in the Torres Strait in the north, to about 20 km south of Coen on the Cape York Peninsula in the south. The southern-most location of the new species is separated by 220 km from the most northern record of the Graceful Treefrog in the Endeavour Valley near Cooktown.

The scientific name of this new species, bella, means ‘beautiful’ and this striking new frog certainly lives up to the name, with its bright green head and back, orange belly, bright orange hands and feet, iridescent bluish purple inner thighs.

The discovery of this little green gem of the frog world is further evidence that we have a long way to go to fully document and understand the amazing biodiversity of northern Australia.