Unless you head into your local wetlands after rain, or the desert in a flood, you might not realise just how abundant frogs are. However, from the few detailed studies that exist, enormous densities of frogs and other amphibians have been reported in many ecosystems. In fact, in some cases amphibians may be more abundant than birds, mammals or reptiles. It’s not surprising then, that frogs are such important parts of healthy ecosystems, and we need to ensure they stick around!

Most of the time, when walking through the bush or driving along a track in the outback, it’s easy to forget about frogs. They’re secretive creatures, mostly active at night, particularly after rain. Even for me, a frog biologist, I often survey for frogs and finish the night only seeing a handful of the critters- and sometimes I see none. But when conditions are right, it becomes immediately apparent just how abundant frogs can (and should) be in most ecosystems. A couple of instances in my career stand out- the carpet of tiny Rockhole Frogs (Litoria meiriana) that scattered as I walked along the rocky streams of the Northern Territory last year, and the pond I encountered in southern Vietnam, thick with Narrow-mouthed Frogs (Microhyla sp.), a couple of years ago. They were both wonderful reminders of the abundance and importance of frogs in ecosystems.

Frogs are hard to study. They are often very hard to see (and therefore count), and may only be above ground and active under very specific weather conditions, especially in drier ecosystems. Because of this, there’s few estimates of just how abundant frogs are. But some of the estimates that do exist are quite amazing.

Take a study of a single 10-hectare wetland in the USA, where over 360,000 frogs and salamanders (with an estimated weight of more than 1,400 kg) were produced during a single breeding season (Gibbons et al. 2006)! Or the study on a Japanese island, where the density of frogs was estimated at 4,180 individuals weighing 11.5 kg per hectare - that’s up to 1.6 individuals per meter (Watanabe et al. 2005)! Or the study of an inland wetland in Australia, where after a flood, it was estimated that there were 545 tonnes of adult frogs- up to 12.5 kg per hectare (Ocock 2013).

Even in desert ecosystems, the abundance of frogs can be very high- on a single night in the Australian arid zone, 163 frogs were captured in pitfall traps in a hectare (Read 1999). The density of tadpoles can also be incredibly high- and may exceed 50 individuals per meter (Whiles et al. 2013)! Although often hidden, there may be more amphibians in a habitat than birds, mammals or reptiles.

Because of their abundance and ecosystem role, in places where amphibians have declined, the impacts are noticeable. Declines in adult frogs has resulted in declines of predators that rely on frogs for food (Jennings et al. 1992), and declines in tadpoles has resulted in increased algae and changes in the community structure of aquatic invertebrates (Colón-Gaud et al. 2009).

Even though you may not see many frogs most of the year in most habitats, they’re likely around and beneath you in big numbers, secretly supporting ecosystems. We need to ensure that frogs can continue to do so in to the future. 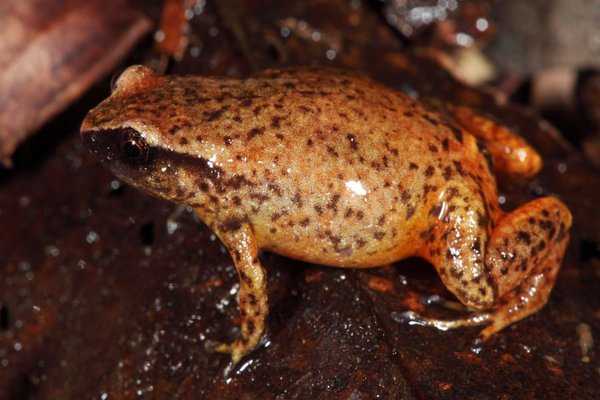 Fry's Frog is a small species of frog from the Wet Tropics region of Queensland.

Many entomologists argue that there is no such thing as a rare insect (providing its habitat remains intact). It is just a matter of knowing how to find it. 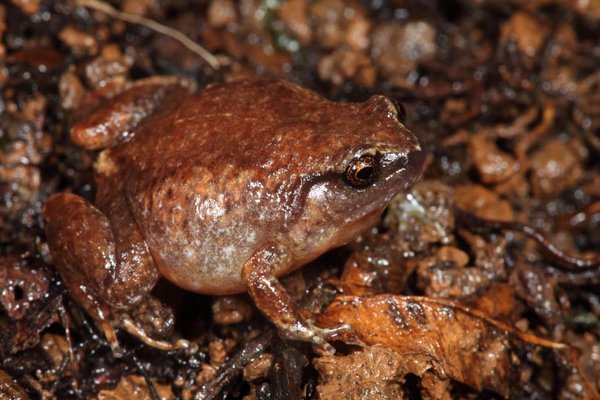 Rain Whistling Frog is a small species of frog found in the Wet Tropics of Queensland. 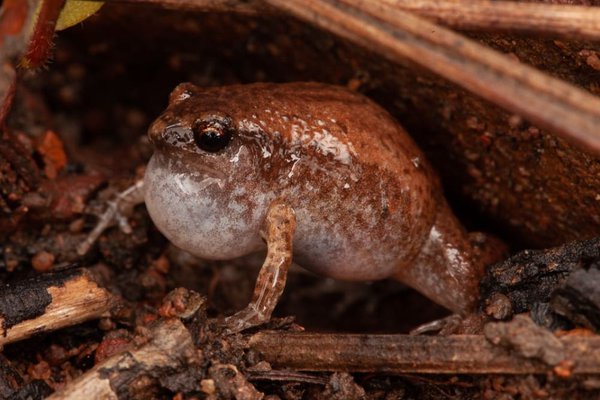