Pacific Voyaging is a blog series consisting of stories related to indigenous maritime cultures in the Pacific Ocean.

When you see sails on the water you can be sure the boat has a keel and a rudder. Because without them the magnificent power of wind that bulges the sails would be lost. A boat without a keel and a rudder wouldn’t go where the skipper wishes to take her.

The sail with keel and rudder is an essential sailing trio.

A keel is the bottom-most, sturdy structural “ridge” around which the hull of a boat (and ship) is built. It’s like a partially external backbone that runs along the centreline of the boat, from the bow to the stern. This ridge defines the longitudinal profile of the hull - it splits the waves in the front, gives the boat greater stability, and minimises its tendency to drift sideways.

Another type of keel, usually additional, is a broad thin blade affixed vertically to the hull’s bottom and entirely submerged in the water. Typically made of metal and it is heavy, to place the boat’s ballast as low as possible. Such a keel dramatically increases stability of a vessel and its resistance to drifting sideways. Most modern sailing yachts would have this keel, which also allows them to have a taller mast and bigger sails to propel these marvellous crafts – their normal speed would be about 5-7 knots (about 9-13 kilometres per hour - twice the speed of brisk walking) allowing them to cruise about 100-150 kilometres per day.

In sailing upwind, modern yachts can stay 5° diagonally to the wind. For this, and indeed for any sailing, the boat must have a rudder. This is another large blade, attached to the boat in such a way that it pivots, in a similar way as the front wheel of a bicycle, although at the back. When a sailor positions her boat close to the wind, the keel prevents it from drifting sideways (it always does a bit) and the rudder keeps the vessel on its course. If her destination was exactly in the direction of the wind, the sailor would change a tack every now and then, and in zigzagging, a little off the direction to the left and then to the right, it progresses forward.

A large paddle (or two) can be used as a rudder, as was the case in ancient Egyptian and Phoenician ships and in the boats of the Pacific indigenous sailors. In the Milne Bay province of Papua New Guinea, for example, a voyaging anageg (large canoe) would have a several metres long paddle (kavavis) for steering and to supplement the function of the keel, but a smaller steering paddle as well. The smaller paddle is inserted into the water at the right moment to make a finer correction in steering.

Some thousand years ago, boats with an outrigger appeared in Southeast Asia. It is not only a wondrous legacy of indigenous ingenuity but a tangible evidence of excellent comprehension of an art of sailing. An outrigger is usually understood to increase stability of a boat; a watercraft with single outrigger would typically position it windward. Yet, the outrigger’s float is like an additional parallel keel that fortifies the boat’s resistance to sideway drifting.

It appears that early dugout canoes (log boats) had limited room and technical means to form a significant keel. Using anageg as an example again, the bottom part of the hull is made of a single dugout log and often referred to as a keel; the upper part is made of horizontal planks, in two or three rows above each other, to increase the hull’s holding capacity. To get a keel (wag) with the desired curve, the Muyuw people of the Milne Bay not only select the most appropriate tree, but often nurture it to grow into the shape that best meets boat building requirements.

Outrigger boats of a similar kind helped Austronesian sailors to spread their culture, people and language across the entire insular Southeast Asia, and beyond across coastal Melanesia and its numerous islands big and small. About 3,500 years ago they settled in the Marianas Islands, some 2,300 kilometres of open ocean from the north Philippines, about 2,000 years ago they settled in Society Islands (Tahiti), about 1,000 years ago they reached South America, and only a few centuries latter populated remote Rapa Nui (Easter Island), Hawaii and Aotearoa (New Zealand), as well as Madagascar in the Indian Ocean, effectively completing human dispersal throughout the world, which began about 2 million years earlier.

A wag (keel) in Muyuw, like in Old English, refers to both keel and boat. The idea that a hull itself functions as a keel can be supported by the recognition that a systematic relationship exists between hull’s size, measured by waterline length, and its potential speed. In a nutshell, by doubling a hull's dimensions, the underwater area is squared, displacement is cubed and stability increases by the power of four. For example, a boat with about 8 metres waterline could sail just under 7 knots, while a boat with 16 metres waterline – over 9 knots (over 16 km per hour, close to an average cycling speed).

This could explain why a large round washing bowl would not be suitable for sailing; and neither would a wooden box. Although, a converted coffin, originally made for Queequeg, a fictional Polynesian harpooner, saved the life of Ishmael in the novel “Moby-Dick” by Herman Melville, we would not find many sailors recommending a watercraft of this kind.

A boat displacement is the volume of the underwater part of its hull – equivalent to the boat’s weight.

The waterline is the horizontal line where the hull of a boat meets the surface of the water – it is often used (among other variables) in estimating the hull speed.

Squared - a number multiplied by itself, for example, three squared: 3 x 3 equals 9.

High-performance modern sailing watercrafts can achieve speeds of 40 and 60 knots (over 70 and 120 km per hour).

The word “keel” originated from Old English ceol, Old Norse kjóll, meaning "ship" or "keel". Some scholars hold it to be the very first word in the English language recorded in writing – spelled cyulae by Gildas in his 6th century Latin work on the “Ruin and Conquest of Britain" in reference to three invading Saxon ships.

The Latin word for "keel" is carina and derived from it the term careen means to clean a keel, and the hull in general, for which purpose the ship was rolled on its side. Such cleaning was done at Careening Cove (at Milsons Point) of Sydney Harbour in early colonial days.

The word “rudder” has its origin in, variously spelled, but similar old English, German, Frisian and Dutch terms meaning paddle or oar.

Voyage to Elizabeth and Middleton Reefs

Stomatopoda of the Christmas and Cocos-Keeling islands 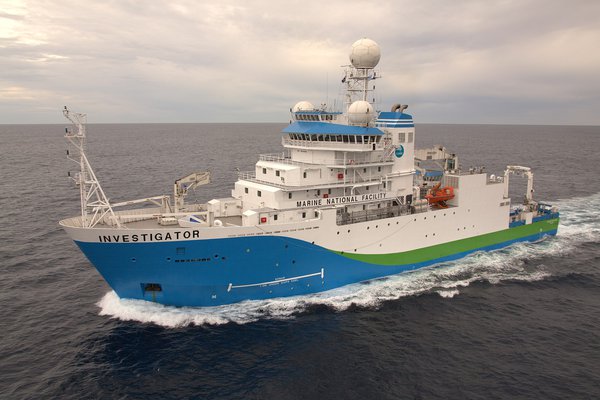