The Scott sisters' stunning paintings of butterflies and moths might steal the limelight, but Harriet and Helena Scott were just two of a group of usually-unsung women to have worked at the Museum, not only as scientific illustrators, but also as taxidermists, sculptors, and artists - combining their talents in art and science to prepare scientific papers, museum publications, galleries, exhibitions and displays.

The Museum's first professional female artist was Jane Tost, taxidermist extraordinaire, who was hired in 1863 and prepared some of our earliest animal mounts. Well-known educator Winifred West (who went on to found Frensham school in Mittagong, NSW) worked illustrating shells from 1910, but it is in the 1920s that a group of women artists, led by Ethel King - working mostly on commission and in insecure, part-time positions – helped create a new visual identity for the museum.

This was a time when art and design were arriving at the museum in innovative and colourful new natural history dioramas and less cluttered and more visitor-focused gallery displays. We began publishing our own popular magazine, The Australian Museum Magazine, our lecture program expanded (with hand-coloured lantern slides a common feature), and new colour postcards of Australian birds and animals were for sale.

Ethel King is the most prominent of these hard-working women, mostly due to her work illustrating snakes for Museum scientist JR Kinghorn – and for the iconic photograph of her, palette in hand, face-to-face with a mounted Queensland groper in 1925. Lillian Medland, wife of Museum conchologist Tom Iredale, specialised in bird illustrations and worked on her husband's books throughout his long career. Plucky Phyllis Clarke worked at the Museum from the age of 19 – but was never offered a permanent position. In 1922 she travelled to Lord Howe Island on an expedition to gather imagery and material for the planned Lord Howe Island diorama. Working alongside the male scientists, Phyllis's job was to make reference paintings of the view from the nesting site they had selected for reconstruction and then paint the dark and stormy diorama backdrop back at the Museum.

To celebrate our 190th anniversary in 2017 and recognise women's history and continuing role in the fine art of scientific illustration, the Australian Museum is pleased to announce the inaugural 'Australian Museum Scientific Illustration 2017 Scholarship'. Open to students currently enrolled in Scientific Illustration courses (or equivalent) within Australia, the grant will contribute to the costs of course fees and course work. Entries close on 30 June, 2017. 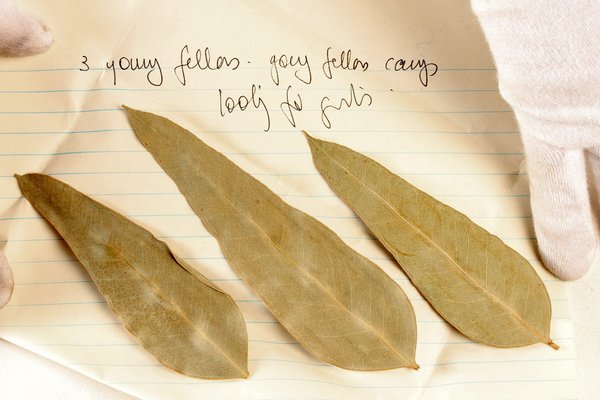 In Yuendumu in the Northern Territory leaves are used in a leaf game.