Picking up a small bound manuscript and carefully turning the fragile pages written in spidery copperplate over 170 years ago – is quite a moving moment.

The handwritten words describing the trials of a harried museum collector, quickly become immersive. His daily battles with rain, illness, poverty, poor equipment, dying animals, bushrangers, the unending unedifying company of bullock drivers and even starvation unfold, ‘I have longily this last week for a potatoe and I put on a bold face and Begged a few on the Road.’

This little treasure called ‘Notes of a Journey from Sydney to the Murrimbigi River in Pursuit of Specimens of Natural History’ is held in the Australian Museum Archives and was written by William Sheridan Wall in 1844.

Wall was an Irishman who’d arrived in Sydney in 1840 with his brother Thomas, and was soon appointed the Museum’s ‘Collector and Preserver of Specimens’. The brothers had grown up around the museum of the Royal Dublin Society where their father had been employed and both represented themselves as naturalists.

From early on, Wall virtually ran the day-to day operations of the Museum, single-handedly. The Rev. William Branwhite Clarke was Secretary and Curator until 1843, but residing in far-off Parramatta he rarely got involved in daily affairs.

In 1841 Wall moved the Museum’s collections to the New Court House in Darlinghurst and spent his days guiding visitors around and collecting new specimens. Despite the rigours of the journey, he’d eventually returned from the Murrumbidgee trip with 138 birds, 16 mammals and several other new specimens.

With Australia's economic recession of the 1840s easing off by 1845, the NSW Legislative Council voted £3,000 for a dedicated museum building. By 1846, Colonial Architect Mortimer Lewis had been appointed and work began on the Museum’s current site overlooking Hyde Park on ‘high ground that had a creek running along one side of it, where boys fished for eels.’

Building works were ongoing when Wall moved his family onsite. By now officially the Museum’s ‘Curator’ he worked hard drumming up interest in the exciting new venue to be.

In 1847, with the help of explorer Ludwig Leichhardt, he reconstructed a Diprotodon skeleton and exhibited the mega wombat-like creature to a curious public. In 1849 he prepared and mounted the skeleton of a sperm whale which also became a local attraction, displayed under a temporary shelter in the Museum grounds. A type specimen of Catadon australis, it’s still identifiable in the Museum’s collections today, along with a pygmy sperm whale also collected and described by Wall in 1851.

With all his hard work finally paying off, the new museum was officially opened to great public acclaim in 1857. The man behind the words of the Murrumbidgee manuscript retired exhausted and in declining health the following year. 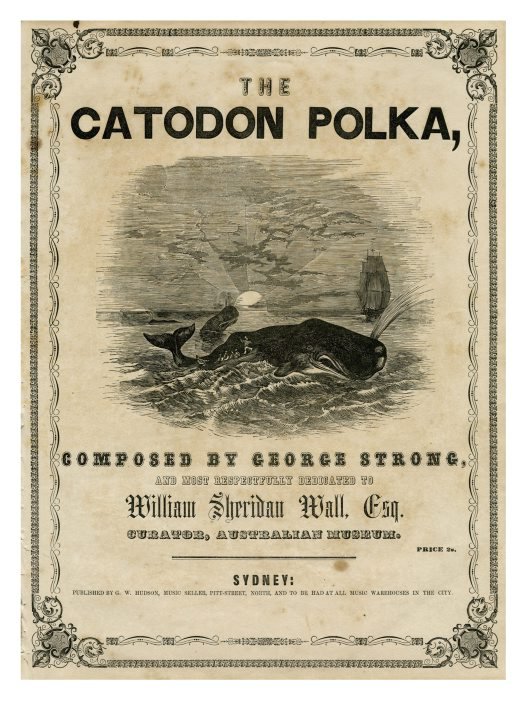 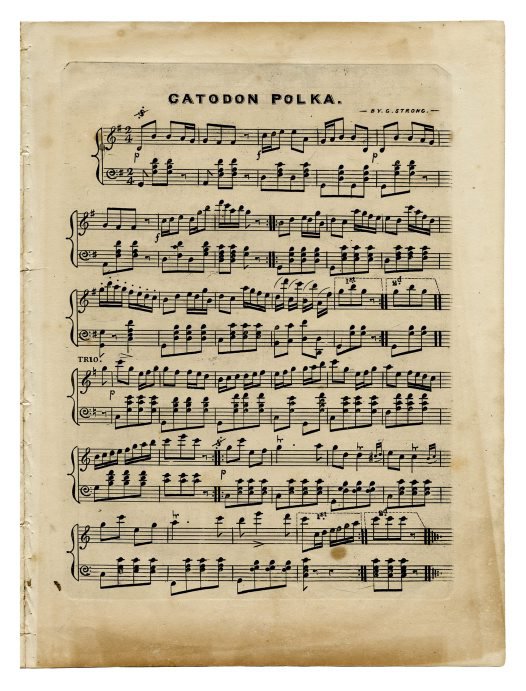 History and description of the skeleton of a new sperm whale, lately set up in the Australian Museum by William S. Wall, Curator; together with some account of a new genus of sperm whales called Euphysetes [First reprint, 1887]

History and description of the skeleton of a new sperm whale, lately set up in the Australian Museum by William S. Wall, Curator; together with some account of a new genus of sperm whales called Euphysetes