Having inhabited its walls since the age of 13 he saw the Museum as not just his workplace but his home. In many ways MCulloch personified the breed of enthusiastic young scientists that would shape the Museum in the 20th century.

McCulloch was a self-taught ‘zoologist’ of impressive talents. A world leading ichthyologist, artist/illustrator, writer, photographer, cinematographer, musician, mentor, lecturer and much loved colleague – he was, it appeared, an almost exemplary employee. 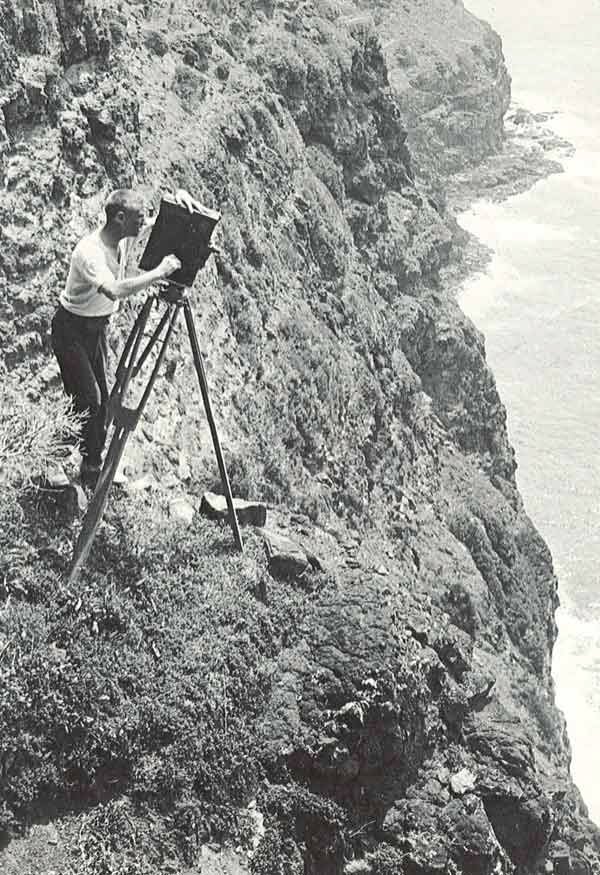 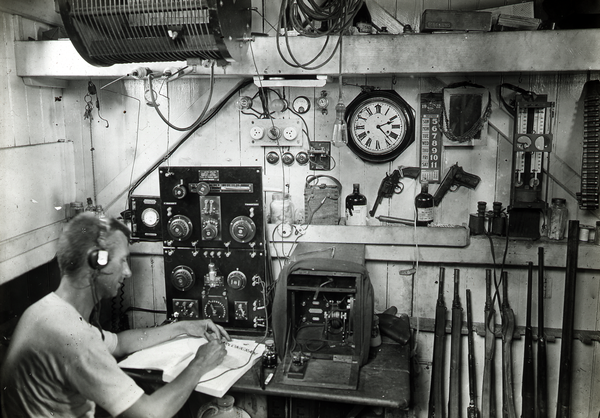 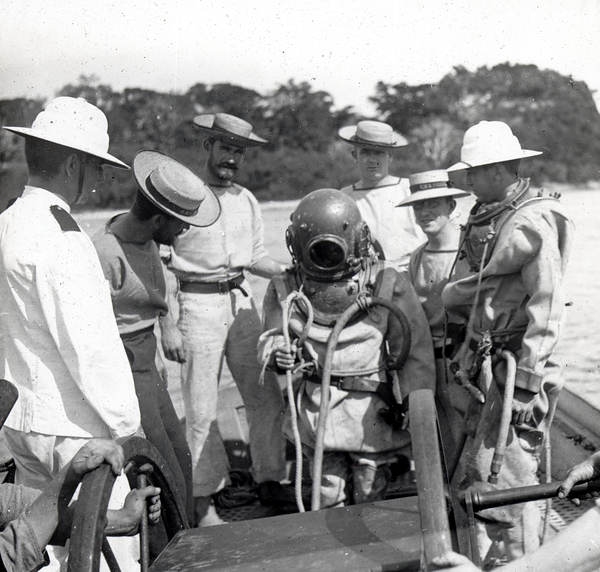 Starting out as a volunteer with the Museum in 1898 he began earning a salary in 1901 and by the age of 21 was in charge of the entire Vertebrate Department. Enthusiastic and quick, he had a meteoric rise which was backed by incredible dedication and by the sort of physical daring that it took to excel in scientific fieldwork.

Fish taxonomy became his speciality and the rivers and coasts his laboratory. During an expedition to the Torres Strait in 1907, he wrote in his diary, ‘It was with considerable hesitation that I first dropped over-board, in consideration of the many sharks one sees in the lagoon…’. Always intrepid he joined other diving expeditions around the Great Barrier Reef and New Hebrides; hauled movie cameras up mountainsides on Lord Howe Island and accompanied famous photographer Frank Hurley on an arduous collecting expedition to New Guinea. ‘He was as happy in the evil ooze of a mangrove swamp as upon the highest and most beautiful of coral isles’.

But McCulloch wasn’t just an action man. Studying for several years at the Julian Ashton Art School in Sydney, the beauty and accuracy of his scientific drawings was legendary. His written and photographic accounts of his expeditions are compelling and his natural history lectures were educative and entertaining. But sadly such intensity took its toll and there were repeated bouts of illness.

A colleague would later write, ‘So intense was Mr McCulloch’s love of his subject – it almost amounted to a passion …he could not, give his mind that rest which his constitution demanded.’ Never referred to directly his depressive illness became increasingly obvious. He wrote to his mentor, friend and fellow icthyologist J. Douglas Ogilby, ‘Not having looked at a fish for a fortnight, I have nothing to tell you, and feel too beastly blue to settle down to work yet.’

On September 1, 1925 at the age of 40 Allan McCulloch was found dead in his hotel room in Hawaii with a self-inflicted bullet wound to the head. American fish expert David Starr Jordan would comment, ‘He was unquestionably the greatest authority on fish in the southern hemisphere….’ and much of his scientific legacy is enshrined in his landmark publication ‘A Check List of the Fishes and Fish-Like Animals of New South Wales’ published by the Royal Zoological Society of NSW 1912-1922.

When plagued by professional and domestic anxieties, Lord Howe Island had always been his refuge in life and Museum colleagues ensured that it continued to be after death. They interred his ashes in a tall granite column which still stands on Flagstaff Hill on the Island today.

A check-list of the fishes recorded from Australia. Part III

Studies in Australian Crustacea. No. 2

Studies in Australian fishes. No. 1

Studies in Australian fishes. No. 3

A check-list of the fishes recorded from Australia. Part II

Studies in Australian Crustacea. No. 3

A new genus and species of turtle, from north Australia