Two newly described silverfish species might just be the world’s most colourful – and for a cunning reason. Rather than hiding from predators, these silverfish are coloured to resemble wasps that inflict a painful sting. Hence, predators leave them alone so they can run around in broad daylight.

Silverfish are some of the world’s oldest insects, millions of years older than the first flying insects such as dragonflies. They generally avoid predators by hiding during the day and are dull grey in colour, making them hard to see. Two species of silverfish, photographed and collected by citizen scientists in Western Australia, have adopted a completely different approach and have just been described as new to science.

Retirees Fred and Jean Hort regularly photograph and sometimes collect interesting fauna for the Western Australian Museum during their travels and post some of their photos online. Australian Museum Research Associate, Dr Graeme Smith stumbled upon their photo and was amazed by the colours displayed. He contacted Jean and Fred who returned to the sites and collected some specimens. DNA sequences obtained by AM molecular systematist Dr Andrew Mitchell revealed that two species were represented in the material. He also recognised that these silverfish looked a lot like velvet ants, a type of wasp whose wingless females pack a powerful sting (one species in the USA is even called a “cow killer”).

Several wasp specialists were consulted and agree that these silverfish appear to be mimicking velvet ants. Why? Unlike the more common nocturnal silverfish, these species are active in the open during daylight hours. We suspect that their velvet ant disguise discourages predators from taking a bite. While similar mimicry has been reported in beetle and spiders, it is the first time that mimicry of any sort has been found among silverfish. Formal descriptions of these two species (Hemitelsella hortorum and Hemitelsella mutilloides) have now been published in the Records of the Western Australian Museum – please check it our here.

The AM welcomes visitors through the front doors but we sometimes need to wage war against some of those that sneak in the back! 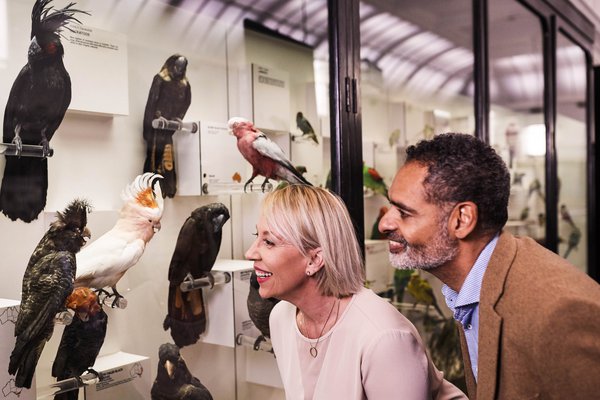