How is a new species described? And what role do museums play? As highlighted by the recent discovery of the Popa langur (Trachypithecus popa), Natural History Museums are essential in species discovery: find out how, and more about our newly described species by AM scientists and associates!

This year has certainly had its challenges - with catastrophic bush fires and a global pandemic, 2020 has been difficult for many. Although challenging, research has continued at the AM throughout 2020. We are fortunate to have outstanding collaborators, enthusiastic citizen scientists, dedicated scientists and world-class collections - a recipe for scientific discovery, even during these difficult times.

So, how is a species "discovered" and where does the AM come in? The AM holds large reference collections for our natural world; just as you would go to a library to learn about a number of fields and/or find primary sources, natural history museums hold reference collections for our natural world. Like library books, scientists also study, borrow and return the specimens and objects. Experts from all around the world study specimens in museums to make comparisons to learn how to tell species apart; and this understanding shifts over time with new discoveries and new techniques (such as DNA sequencing). Museum collections are the fundamental tools used to study biodiversity, the richness of life. The AM's collections also reduce the need for scientists to collect new specimens or objects when conducting research. This is especially important when research is focused on endangered or vulnerable species. The collections are of increasing importance in a changing world where our natural environments are being rapidly degraded.

Old museum records provide baseline data about the past species composition of a region. These data can be particularly useful when examining newly degraded habitats. By examining extinct species like the Thylacine (the Tasmanian Tiger) in museum collections, we also have the potential to inform conservation management policies and to hopefully avoid species extinction in the future. Museum collections are essential for understanding our past and our future.

For more information on what type collections are, and our natural science collections at the AM, please go to: https://australian.museum/learn/collections/natural-science/

Newly described species by AM scientists and associates

Recently, a new primate species was discovered in Myanmar, in an international collaboration led in part by Chief Scientist and Director of AMRI, Professor Kristofer Helgen. This discovery highlights the importance of international collaboration, diverse scientific expertise and museum specimens in species discovery. The Popa langur (Trachypithecus popa) was discovered with the help of a 100-year-old natural history museum specimen, from the Natural History Museum in London.

Scientists at the AM discover and describe hundreds of new species every year. For more examples of newly described species, explore these five recent examples from AM scientists and associates: 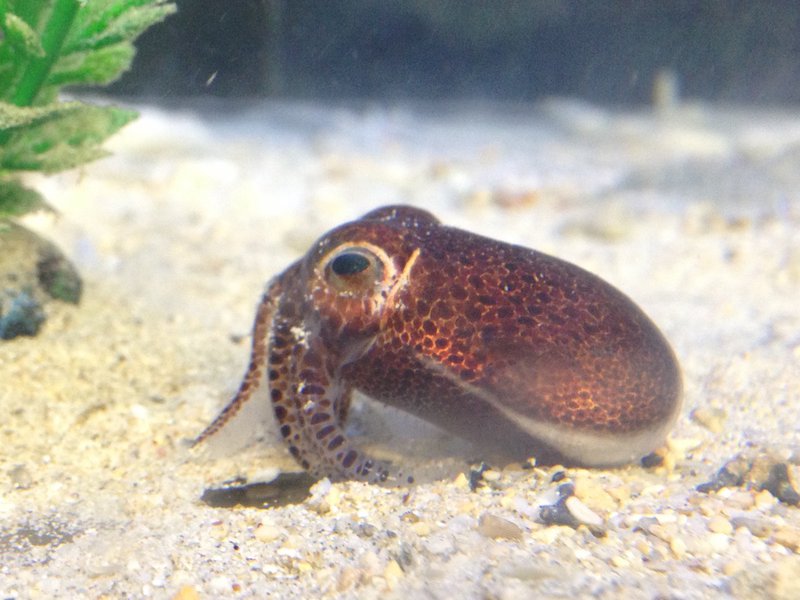 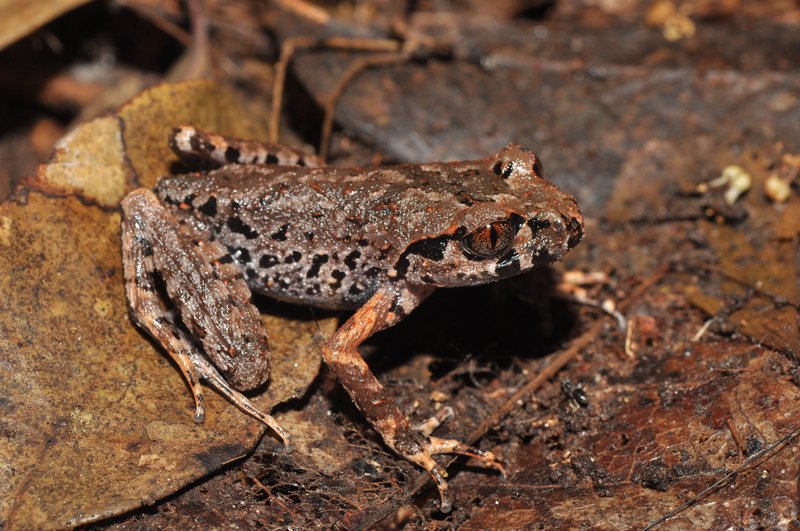 Although Leaf-litter frogs are found throughout the forests of Southeast Asia, only a single individual of an unknown species had been recorded in the vast Cardamom Mountains. This has now changed, with the scientific discovery of the Cardamom Leaf-Litter Frog, named in honour of Cambodian Herpetologist, Thy Neang. For more, please go here. 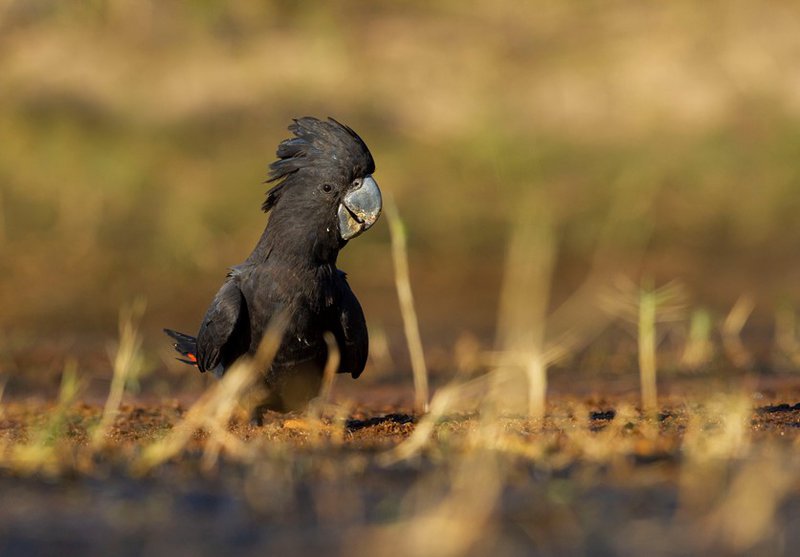 Scientists from the AM, University of Sydney, University of Edinburgh and CSIRO conducted the first comprehensive genetic assessment of the red-tailed black-cockatoo across its entire distribution. By examining extensive museum collections, carefully gathered over decades, and an extensive genetic analysis, two subspecies from northern Australia, C. b. banksii and C. b. macrorhynchus were combined into a single subspecies, with the name banksii and a new subspecies was proposed, C. b. escondidus, (meaning ‘hidden’ in Spanish/Portuguese). For more on this study, please go here. 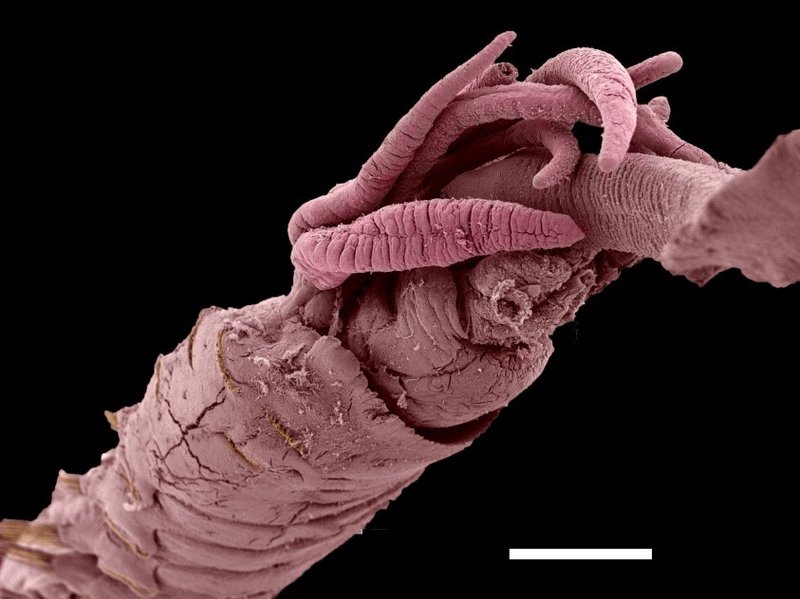 The Australian research vessel (RV) Investigator expedition ‘Sampling the Abyss’ was the first voyage to systematically collect biological samples from the deep-sea floor (900 – 4,800 metres) along the eastern Australian margin. Over 6,000 worms were collected during the voyage, and were subsequently deposited at the AM. Once identified by AM researchers, together with national and international worm colleagues, around 87 % of worm species were thought to be new (i.e. have no scientific name). One of these species was Melinnopsis gardelli. More can be found here. 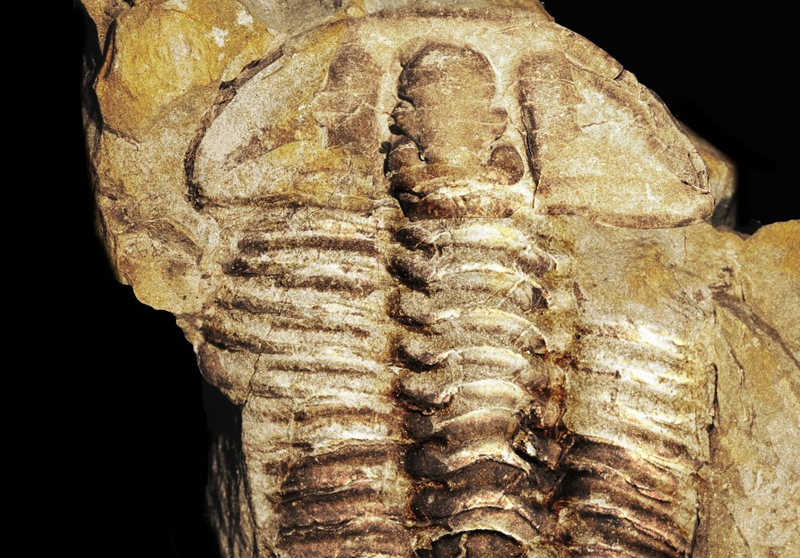 A previously undescribed trilobite was recently discovered within the palaeontology collection at the AM. The new species was originally found in far northern Tasmania, from rocks of the Late Ordovician Period (approximately 450 million years ago). It represents the earliest record of this genus from East Gondwana – what is now Australia, Antarctica, New Zealand, southern China and south-east Asia. It is also one of only two species in the subfamily Calymeninae, in Australia. Read more on this study here.

Notes on Australian Cerambycidae. III. Description of a new species of Ceraegidion

Native earthworms (Oligochaeta) from southeastern Australia, with the description of fifteen new species

Neogene to Recent species of Krithe (Crustacea: Ostracoda) from the Tasman Sea and off southern Australia with description of five new species

Palaeontological notes. No. III. The skull of Sthenurus occidentalis Glauert

The Australian genera of Heleomyzidae (Diptera: Schizophora) and a reclassification of the family into tribes