Roaming the deep ocean off our southern coastlines are venomous, carnivorous snails of the superfamily Conoidea. Not your usual suspects, these are innocuous-looking, shell-bearing creatures superficially masquerading as any other sea snail. That is, until you examine the animals inside – a considerable part of their anatomy is, in most species, dedicated to housing a large, complex venom apparatus. It is this anatomical feature that makes this extremely diverse group so unique among molluscs.

Over the past four years, our knowledge of Australian deep-sea conoideans has improved considerably. Collaborating with researchers in Europe, we have pieced together a large and almost entirely unknown fauna of the ‘turrids’, a large family conglomerate that together with the Conidae (cone snails) and Terebridae (auger snails) comprise this fascinating superfamily.

Of the ‘turrids’, we have named twelve new genera of the family Raphitomidae, with nearly fifty new species already described or in press. Other groups under our microscope during this collaboration include the rare Bouchetispiridae, Cochlespiridae, and the namesake family Turridae, where all ‘turrids’ were previously placed. Why the quotes, you ask? This is to allow the distinction between the true Turridae from this large informal grouping.

These animals can travel far – through a combination of molecular and morphological data we have discovered that some species are cosmopolitan, occurring in all of the world’s major oceans. In the deep, temperature and salinity are relatively constant from the poles to the tropics. Combined with few bathymetric barriers to separate populations, the potential for gene flow is significant.

Many of the species we have studied are extremely rare, with some even known from a single specimen. In the abyss, the increased dissolution of calcium carbonate – the building blocks of all mollusc shells – translates into thin, fragile and often eroded shells with few characteristic features, at times making identification extremely difficult. In combination with wide distributions, these factors make deep-sea 'turrids' a very challenging, yet highly important group to study. Commonly dominant in the deep sea in terms of species richness, and loaded with pharmacologically important venoms, an understanding of their biodiversity, distribution, and evolutionary relationships is crucial.

This project would not have been possible without the support of the Australian Biological Resources Study (ABRS) and the prolific deep-sea exploration and sampling in recent years aboard the Research Vessel Investigator. As the samples have steadily resurfaced, our knowledge of this mysterious fauna has deepened. Through intensive study of multiple genes, careful examination of hypodermic teeth, venom anatomy, shell morphology and biogeography, we are now starting to appreciate the nature and diversity of deep-sea ‘turrids’ in Australia. 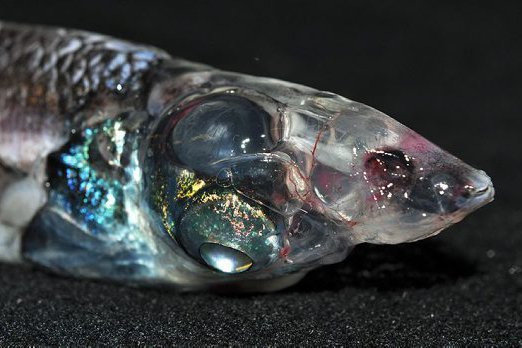 A Glasshead Barreleye trawled from a depth of around 1000 m on the abyssal plain in the southern Tasman Sea, between Tasmania and New Zealand. 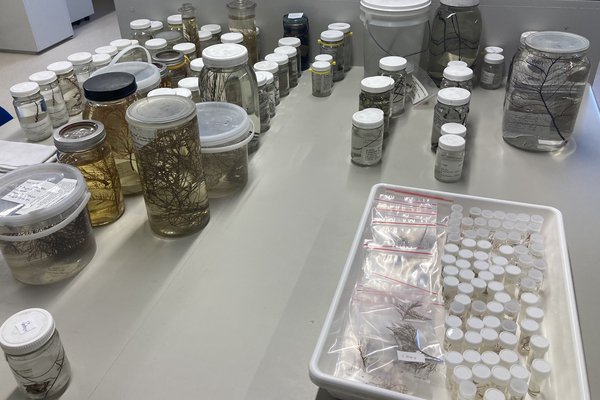 This presentation shines a spotlight on dark taxa through an integrated approach to species identification of Australian Museum black corals.