A new species of Horned Frog has just been discovered from the Hoang Lien Mountains in northern Vietnam and southern China. With flashy red thighs and tiny horns over its eyes, it wasn’t until we listened to its call and examined its DNA that we could confirm that the little frog was indeed new to science, and not another similar-looking species. The Red-thighed Horned Frog (Megophrys rubrimera) is known only from the Hoang Lien Mountain Range in northern Vietnam and southern China.

One country that has a rich but poorly-known amphibian fauna is Vietnam. More than 70 new species of amphibian have been described from Vietnam in the past 12 years alone and many more await description. 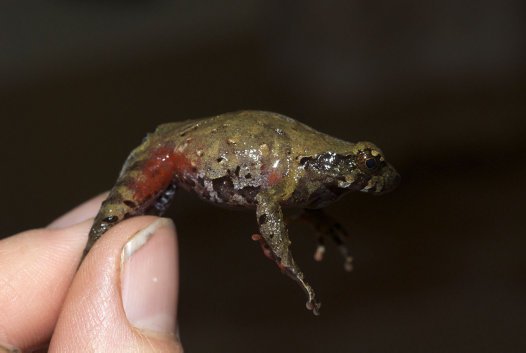 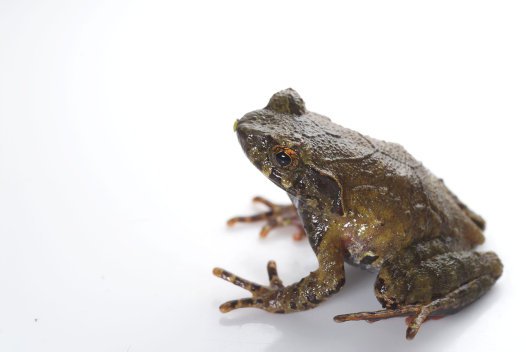 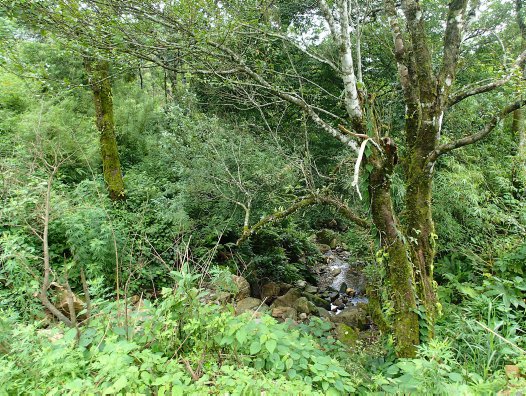 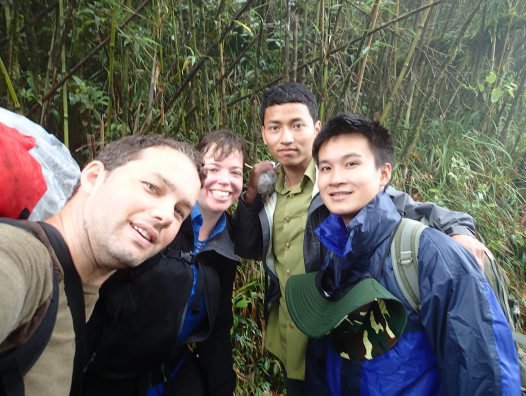 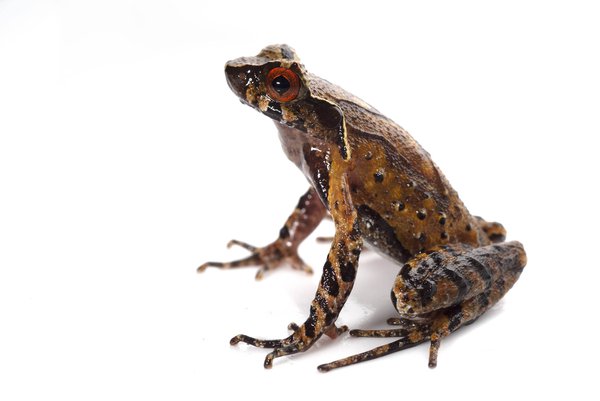 During fieldwork in the mountains, we encountered a tiny brown frog that didn't quite look like any described species. Just 3cm in length, with vivid red thighs, the strange-looking frog resembled a species that had been described from eastern China in the 1920s, but something about its shape and colouration was not quite right. After examining the frogs, their calls and their DNA, it was clear that we were in fact dealing with a species new to science. The vivid orange red colour of the thigh was one of the most obvious characters that differentiated this species from its relatives – hence the name of the species.

Why is this new finding significant? This species epitomises the problems faced by amphibians globally. The species, being new, is of course like the majority of amphibian species in being poorly known. Being small and predominantly brown does not attract the same attention as being large and brightly coloured! Indeed, this tiny frog had been encountered by biologists working in the region over 15 years ago but was overlooked. In addition, as the only forest patches it is known from in Vietnam are extremely degraded and encroached upon by agriculture, the new species is likely to be Endangered and in need of conservation attention.

Without a name it is extremely difficult to place a species on the conservation agenda, it is hoped that now we at least know some basic information about this species (where it lives, what it looks like, what it sounds like and a little about the larval stage), it can be incorporated into the conservation decision making process and continue to live in the mountains of the Hoang Lien Range for many years to come.


Acknowledgements:
This research is a partnership between the Australian Museum, Zoological Society of London (ZSL) and Hoang Lien National Park's Centre for Conservation and Rescue of Organisms.

Finding a frog’s voice in the name of conservation

Frog species are often best distinguished by their calls, so we’ve recorded and published the call of the Jingdong Horned Toad for the first time.