The natural world now exits mostly in pieces, with human activity over the last 500 years profoundly reducing and fragmenting natural habitats. Wild plant and animal populations surviving in these habitat fragments are typically small and isolated. These populations are likely to be suffering from the loss of genetic diversity leading to a limited ability to evolve, as well as reduced fitness, as a consequence of inbreeding, making them more prone to extinction. That’s the bad news.

High resolution genetic techniques are often used to detect differentiation among isolated populations, with many studies then concluding that genetically differentiated populations should be managed separately. However, in many cases this differentiation may be the recent product of population fragmentation and not natural. We are hoping to see a paradigm shift in wildlife management where the detection of genetic differentiation will prompt the question of whether genetic rescue is needed, rather than simply opting for separate management and often increased population extinction.

Although rapidly advancing genetic and genomic technologies are continually providing new tools to measure population differentiation and its consequences, adequate guidance on using these data for effective conservation has been lacking. This book is aimed at bridging the gap between conservation and evolutionary genetics theory, molecular data analysis and wildlife management practice. It provides a thorough exploration of the genetic issues faced by fragmented populations, the reasons why the use of genetic rescue has been limited to date and the theory and practicalities of re-establishing gene flow.

The book, over 5 years in the writing, represents an international collaboration by a team of scientists from Australia and the USA. It compromises 15 chapters and over 400 pages with examples and case studies from around the world. 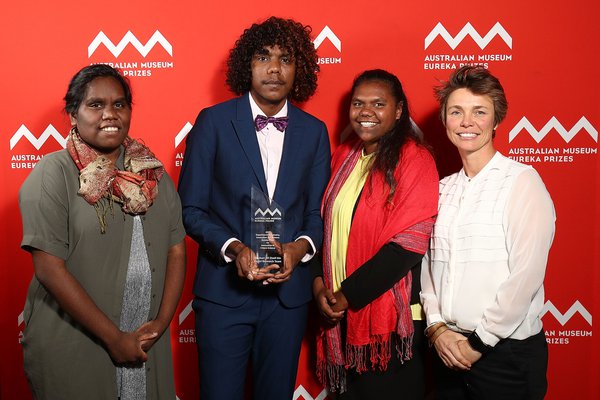 We caught up with Dr Erin Roger to look inside the Eureka Prizes judging process, discuss why you should consider entering and reflect on the evolution of citizen science.