Our knowledge of the biodiversity of Australia is far from complete, making conservation and land-use planning a bit of a guessing game in many parts of Australia. One fantastic initiative to combat this lack of knowledge is Bush Blitz, a program that brings together teams of biologists to help document the plants and animals of Australia with a particular focus on species discovery. The latest Bush Blitz was held in the Northern Territory this month, and we were lucky enough to be invited along to help survey the poorly-known frogs and reptiles of Bradshaw Field Training Area. We found over 55 species of frog and reptile, some of which are likely to be undescribed species. It’s a step forward in our knowledge of Australia’s biodiversity, and how to best manage it into the future.

Bush Blitz expeditions have dramatically increased our knowledge of Australia’s biodiversity since their commencement in 2010, providing new records of plants and animals across the continent, and resulting in a huge number of new species - over 1000 new species of Aussie animal to date!

The latest Bush Blitz expedition has just ended, and we were lucky enough to be a part of it! From 8-19 May, a team of biologists from the Australian Museum, Museum and Art Gallery of the Northern Territory, Western Australian Museum, Queensland Museum, Northern Territory Herbarium, Darwin Botanic Gardens and Aurecon led by the Bush Blitz team, surveyed Bradshaw Defence Field Training Area in the western top-end of the Northern Territory. Sitting north east of the Victoria river, the property spans 870 000 hectares of diverse habitat. It’s an area where semi-arid spinifex sandplain meets tropical savannah and steep rocky plateau gorges.

As part of the Herpetology team, responsible for searching the property for known and new species of frog and reptile, we joined scientists from the Museum and Art Gallery of the Northern Territory and the Western Australian Museum, primarily searching for dragons, skinks and monitors in the day and frogs and geckos at night.

Given the vast areas without any roads, access to rocky streams and remote gorges was made possible via helicopter- making our work as thorough and efficient as possible, and increasing our chances of finding unknown critters. We were dropped off in the afternoon at locations that we suspected were the best for finding frogs and reptiles, and picked up in the morning after a night of searching the terrain via torchlight. 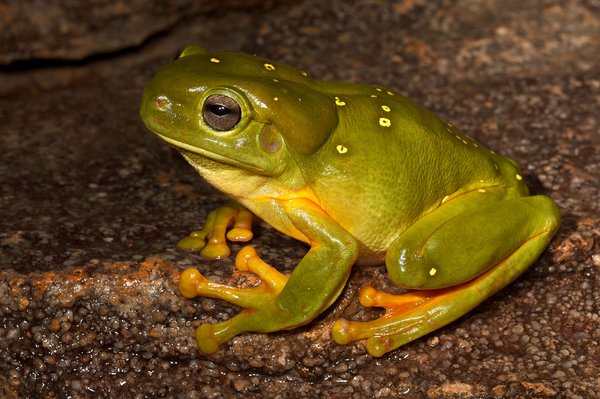 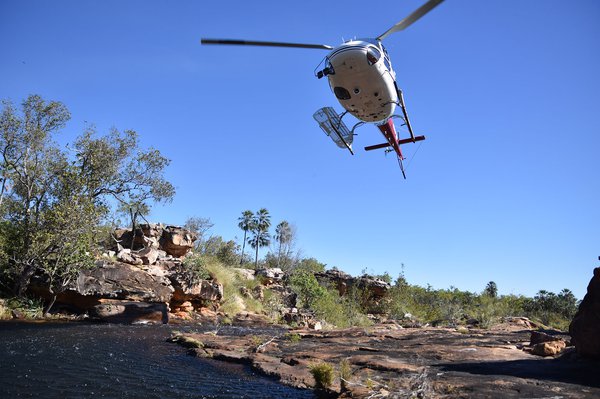 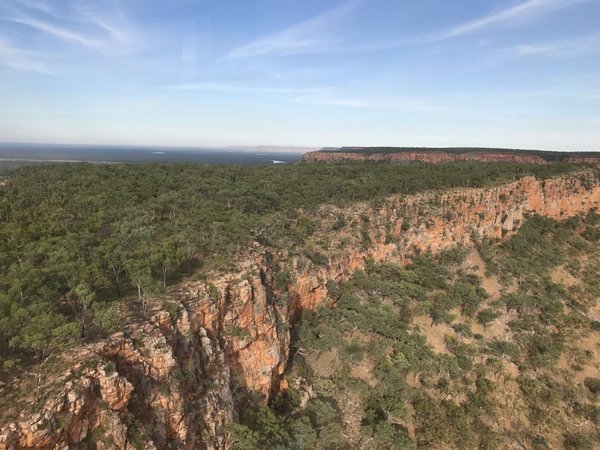 During the Bradshaw Bush Blitz, we found frogs and reptiles that had not been recorded in the area before, and even more excitingly, species that are likely to be undescribed. However, as so many species look so similar across the top end of Australia, a lot of detective work (particularly DNA analyses) will be needed before we can be sure. Stay tuned!

It’s incredibly important to know where different species occur, what areas hold the most biodiversity, and which species are likely to be under greatest threat. Only by knowing this can we make informed planning decisions to ensure future generations inherit a country with healthy ecosystems full of a diverse array of unique plant and animal species.

A revision of the Australian species of Trimma (Actinopterygii, Gobiidae), with descriptions of six new species and redescriptions of twenty-three valid species 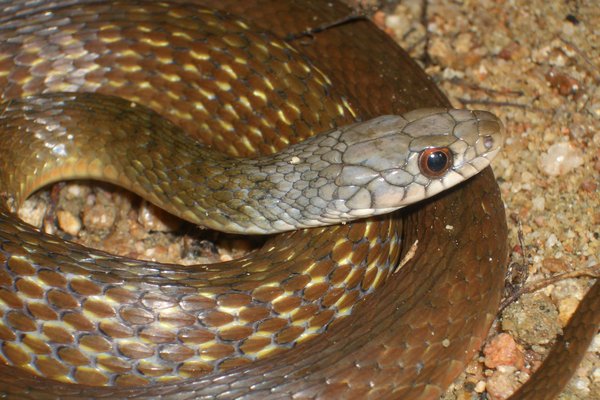 A journey through time and place in search of a snake

How was the Australian Keelback snake (Tropidonophis mairii) named? A historical investigation has led to the identification of where the snake came from – but with a twist.

Small snails in a big place: a radiation in the semi-arid rangelands in northern Australia (Eupulmonata,Camaenidae, Nanotrachia gen. nov.)

What determines whether a species of insect is described? Evidence from a study of tropical forest beetles

Undescribed fossil insects from the Upper Permian of Belmont, New South Wales (with an appendix listing the described species)