If we really want to know what sheep are eating, the best place to look is in their poo. Using modern DNA sequencing techniques and DNA barcoding methods we have reconstructed the diets of two different breeds of sheep (Merinos and Dorpers). As it turns out, their diets are different and both include some vulnerable flora.

Sheep are a big deal in Australia (literally in the case of Goulburn’s Big Merino). Merinos have been pastured in large numbers since the early 19th century, but the Dorper is a newcomer, arriving from South Africa in the 1990s. This drought-tolerant breed seems perfectly suited to the dry environments of Western NSW, but there’s a catch: Dorpers are thought to have a broader diet than Merinos, and they might be having a different impact on Australian rangeland ecosystems- potentially even eating some threatened species.

So, time to get our hands dirty- what can the poo tell us? We sampled poo from 24 individuals, split between Merinos, Dorpers (and goats as a control), from sheep stations between Broken Hill, Mildura and Ivanhoe. Using high-throughput sequencing techniques, we sequenced two different plant genes in the poo samples, ITS2 and rbcL. These genes are ‘barcode genes’: like a barcode, they are (usually!) unique between different products (or in this case species). By merely sequencing the barcode ‘tag’, we can determine the species identity of the organism that the tag came from.

Once they have been sequenced, barcode genes recovered from a poo sample can be compared to online databases containing thousands of sequences, each one derived from a specimen identified by other researchers. To help boost the numbers of database sequences from Western New South Wales, we also collected and sequenced 24 plants in the study area that sheep were likely to be eating. Through this process of sequencing and then comparing to reference sequences, we could identify many of the species present in the poo and build up a picture of what plants were included in the diets of the Dorpers and Merinos.

Although this was the first DNA-barcoding based study to look at the Dorper diet, our results line up well with observations from past researchers. We found that Dorpers do have a broader diet than Merinos, but rather than thriving on variety and sampling as many plants as they can, Dorpers just appear to be less fussy. Merinos seem to deliberately seek out their ‘favourite’ plants and stick to them, while Dorpers will just eat whatever is in front of them indiscriminately. We also found a small number of threatened species in the diets of both Merinos and Dorpers, with about the same frequency in both breeds.

Balancing agricultural needs against environmental impacts is a challenge in every country, but new techniques such as DNA barcoding give us new tools to pick up potential problems more easily and accurately than ever before. Studying diets by analysing the DNA in poo is a very flexible technique: useful when studying rare organisms, (such as the Giant Panda), or when studying animals that are difficult to observe directly, (in this case because of their skittish behaviour). A revolution in conservation biology and diet investigation is here: we need only scrape it off the bottom of our shoes. 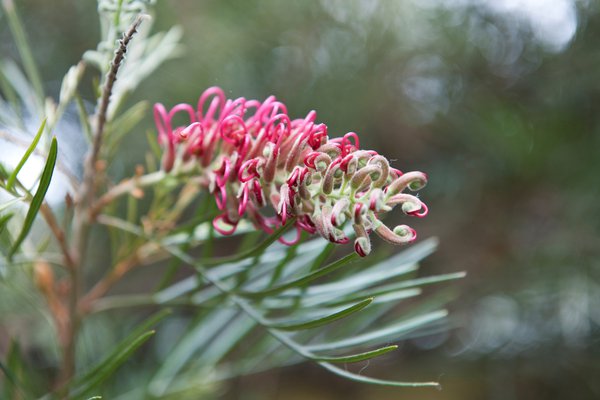 How can you help Australia's biodiversity?

You can help to conserve Australia's biodiversity. Through living in a sustainable way at home and at work and by joining community groups every individual can make a difference.

An animation about how dinosaur fossils are formed