Australia is home to over 240 species of frog, almost all of which occur only in Australia. Unfortunately, we’ve already lost at least four of our Australian frog species to extinction in the last several decades, and dozens more are threatened with extinction. Given their importance in healthy ecosystems, from rainforests to deserts, we desperately need to halt their decline. However, the lack of information on most of our frog species presents a real obstacle to their conservation.

Thankfully, thousands of citizen scientists across Australia, armed with their smartphone and the FrogID app, have provided an amazing amount of data to help further our understanding of frog diversity and ecology throughout Australia. In February 2020, we released the first instalment of FrogID records – which included over 55,000 expert-validated records of frogs across Australia. Today, we have released the second instalment of frog records, now totalling over 126,000 records! This is a huge achievement; the FrogID dataset represents almost a quarter of the frog records ever scientifically documented in the country (according to the national biodiversity aggregate, the Atlas of Living Australia) – and in just two years!

In the first two years of the FrogID project, 10,626 FrogID users across Australia have recorded a remarkable 191 species of 6 families and 24 genera, accumulating to 126,551 biodiversity records of Frogs. The data gathered in the second year of the project, over 71,000 records, represents a 30% increase in the number of records gathered in year 1 (over 55,000 records).

The most commonly recorded species in the first two years of FrogID was the Common Eastern Froglet (Crinia signifera), a small frog rarely seen but often heard, with almost 19,000 records. That’s almost 15% of all FrogID records in the first two years! The next commonly recorded species were the Striped Marsh Frog (Limnodynastes peronii), Peron’s Tree Frog (Litoria peronii), the Eastern Dwarf Tree Frog (Litoria fallax), and the Spotted Marsh Frog (Limnodynastes tasmaniensis). All these species are common inhabitants of backyard ponds, local creeks or farm dams along eastern and southeastern Australia.

Call of the Common Eastern Froglet

Some frog species were recorded only once in the first two years. The Fringed Tree Frog (Litoria eucnemis), known only from northern Cape York in Queensland, and the Walpole Frog (Geocrinia lutea), only found in a tiny area around Walpole in Southwest Western Australia, were both recorded once, and only in the second year of the project.

While the most frequently recorded species were common frog species of relatively low conservation concern, some threatened species were also commonly recorded. For example, in the first two years, FrogID received over 900 records of the endangered Sloane’s Froglet (Crinia sloanei), a tiny frog now only known from a small area in New South Wales. Most of these important records are thanks to the passionate “Sloane’s Champions” who regularly venture to local waterways on cold winter nights to record the insistent grunts of this threatened frog species.

We follow ethical data publication guidelines and consider certain frog locality records as sensitive, taking into account the conservation status of the species, whether the species is highly range-restricted, and whether the record falls within the known geographic range of these species. The exact localities of these species are not revealed (they are buffered), and some highly sensitive frog species are not included in the public dataset. Locality data for these sensitive species can requested from the FrogID project.

Already, FrogID data has helped discover that Australian frogs have accents , that at least one frog species does not change its calls in response to urban environments, and that many frogs appear to have survived the 2019-2020 bushfires. For a complete run-down of the scientific outcomes of FrogID so far, you can check out the FrogID Science page.

Call of the Striped Rocket Frog

By making the FrogID dataset public, anybody can investigate where their favourite frogs are, and researchers and land-managers from Australia and the rest of the world will have a huge amount of data available to answer important questions about frogs and make more informed conservation decisions. We hope that this data will help ensure that the ribbits, hoots and croaks of all of Australia’s unique frog species will be heard for generations to come.

Anyone can help us continue to add to this dataset and it’s easy to get involved! Australians can do their part by participating in the nation’s biggest frog count, FrogID Week, from 6-15 November 2020. Simply download the free FrogID app and head outside to listen for frogs. When you hear a frog, record the sound with the FrogID app and submit it to the FrogID program. Find out more at www.frogid.net.au. 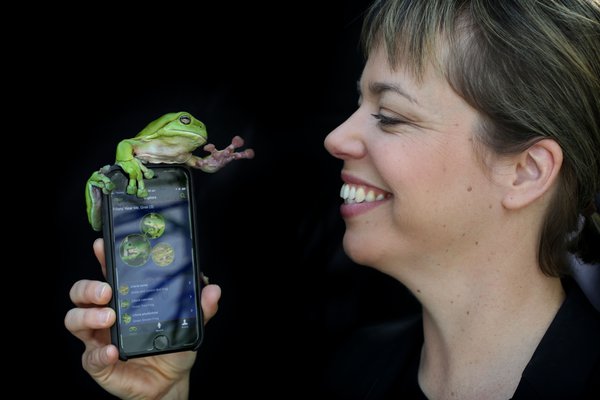 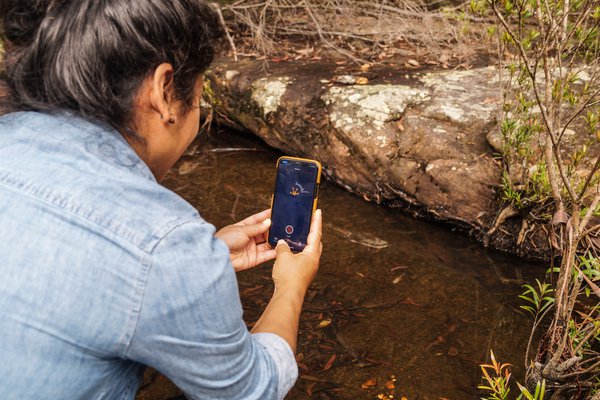 The FrogID app now includes the ability to let us know when no frogs are calling - an ‘absence’ or ‘null’ record, adding scientific value to the FrogID dataset.

28 January 2021
Read more
Back to top
You have reached the end of the page. Thank you for reading.