We sit baking and bobbing within an infilled caldera, our inflatable boat queued for pick-up onto the deck of the much larger NOAA ship, Oscar Elton Sette. The three islands that surround us stage a muddled tapestry of savannah green sprouting from between the black and ochre pebbles. Grasses and sea birds cling with purpose to the stark substrate that is laid bare each millennia, wiped clean by fuel, fire, and fury. It takes a number of peculiar adaptations to live life on this islands knife’s edge. Flocks of Boobies (Sula spp.) and Black Noddys (Anous minutus) scrape together piles of guano or casuarina and ironwood to protect their fledglings from the cruel world that looms high up above. To wit, the outline of Great Frigate Birds (Fregata minor) are barely visible hundreds of meters above the highest volcanic peak, effortlessly gliding in, on, and around recurrent updrafts. These are fierce competitors that long to satisfy their kleptoparasitic tendencies, or even devour a defenceless chick or two.

Our sampling site today is Maug, one of the 15 islands in the northwestern Pacific Ocean that form the Commonwealth of the Northern Mariana Islands (CNMI). On the north and west islands, columns resembling towering tombstones crown the ridges. Introduced coconut palms and aromatic Pandanus leaves pepper each precipice. More importantly, the nearshore reefs of the northernmost islands and all submerged seamounts are included within the Marianas Trench Marine National Monument, gazetted in 2009 by President George W. Bush. As we casually watch the other inflatable boat ahead of us get hoisted up and away by the colossal hydraulic crane, the spectre of the densely forested Asuncion Island is clearly visible 23 miles distant. The 2,812 foot stratovolcano, whose lopsided tip is eternally shrouded in clouds, punctuates the south-eastern end of Maug. Its last eruption was in 1906, so we are not expecting fireworks anytime soon.

Our mission today was to collect shallow marine sediment and surface seawater samples, which, unfortunately, will need to be processed long into the night aboard the Sette. This simple task, however, will pay considerable dividends in the months to come. The primary aim of collecting these samples is to capture and sequence its environmental DNA (eDNA). This catch-all term refers to the preserved, but often degraded genetic material that is suspended in the soupy seas and sediments. Indeed, all marine animals and plants regularly shed cellular material, scales, faeces, and so on. When combined with next generation sequencing (NGS) technology, which is capable of simultaneously sequencing millions of copies of DNA from complex samples, eDNA can provide a wealth of information for studies of biodiversity, food web dynamics, diet analysis, and invasive marine pests. Our intention is to tie eDNA biodiversity assessments together with the monumental work NOAA PIFSC has been doing in CNMI to better understand the life history strategies of reef fishes that support coastal communities and island nations as it relates to their environment and fishing pressure.

eDNA metabarcoding (as it’s known) is a fairly new technology, having been applied to seawater for the first time in 2012 to detect multiple species of fish and marine mammals. In our case, we are interested in auditing species composition and trophic communities at a given location (from phytoplankton right on up to apex predators) simply by sequencing all of the DNA in replicate water samples or modest volumes of sand that abut rocky coral reefs. This innovative work is only possible because of a close collaboration with the Trace and Environmental DNA (TrEnD) Laboratory at Curtin University in Western Australia, particularly Professor Michael Bunce, who has extensive experience in isolating DNA from a variety of substrates including bulk bone, faecal material, and, more recently, samples sourced from the marine sector. The TrEnD Lab now has an active presence in the waters off Western Australia with recent Australia Research Council funding and profitable links with industry partners such as the Department of Primary Industries and Regional Development (Fisheries Division) and BMT Oceanica.

This eDNA work is being supplemented by opportunistic specimen sampling facilitated by the fish section at the Australian Museum . Indeed, this region of the Pacific Ocean is underrepresented in our collections, and so we save, subsample (for genetics), and formalin fix reef fishes that dip and dive among the rocky outgroups. These remnants of violent pyroclastic flows now sit like sentries, frozen in time on the shallow seabed, encrusted with living, breathing, pulsating benthic organisms. We also secure rarely seen bottom fishes captured on hook and line at the edge of the Mariana Trench, the deepest point in our oceans. 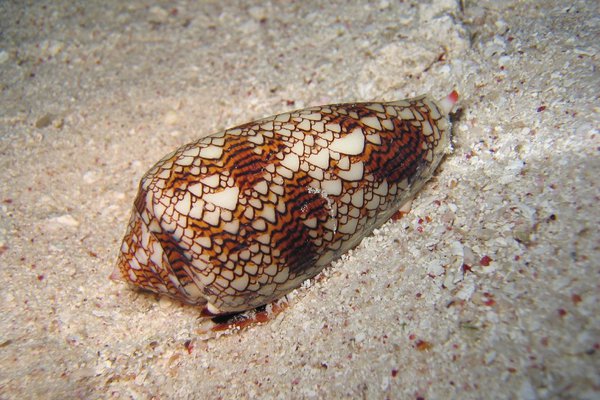 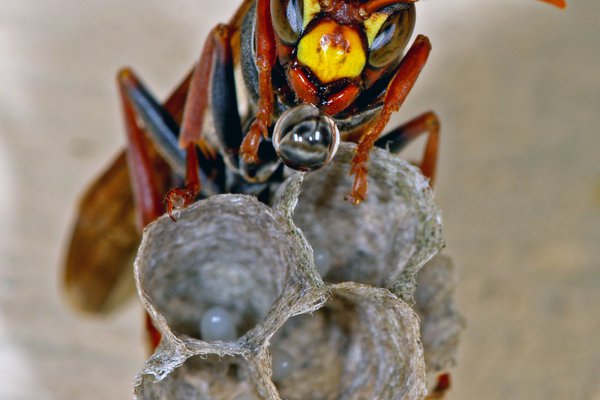