Iconic Australasian traditions in the mountains of Luzon in the Philippines. 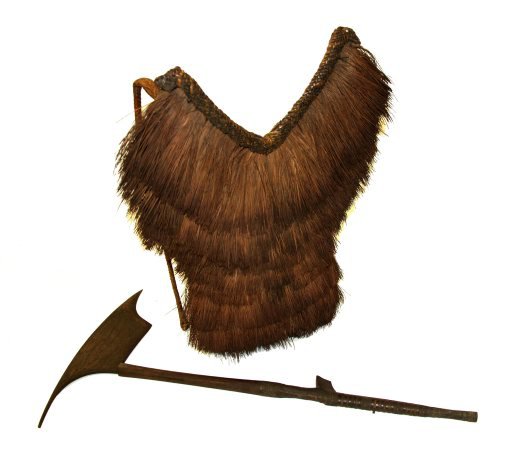 It is believed that the last head ‘trophy’ was cut off by Igorot head-hunters from the Luzon highlands in the late 1970's. But the head-hunting ritual continues with wooden substitutes for human heads. This ritual, gruesome as it was, plays an important spiritual, social and political role in many tribal societies of our region.

Head-hunting always fascinated and terrified Europeans in Oceania. Best known head-hunters were the Australasian indigenous people from Taiwan, Borneo, Philippines and Melanesia, with the Solomon Islands and New Guinea.

Igorot or Cordillerans are the collective (and sometimes derogatory) names for several Austronesian ethnic groups who inhabit the mountains of Luzon – the largest mountain massive (Cordillera) in the Philippines. The complexity of the head-hunting ritual linked various aspects of indigenous life, including the acquisition of magical powers, ancestral connections, abundance of crops and wild game, as well as human health and fertility.

Head-hunting was supported by specialised equipment of which head-axes and head-baskets are most apparent. Our Igorot axes and head-basket were acquired in the 1930s when this fascinating and grim ritual was still practised in the Luzon’s Cordillera.

The back-pack style basket was made of rattan with a rich textual fringing of plant fibre. Such baskets were used to carry severed heads, leaving both hands of warriors free to hold weapons.

Austronesian indigenous people in Luzon represent five major ethnolinguistic groups: the Bontoc, Ibaloi, Isnag (Isneg/Apayao), Kalinga and the Kankanaey. Collectors in the 19th or early 20th centuries did not always recognise such distinctions.

Victoria Tauli-Corpuz, an indigenous rights activist of Igorot ethnicity was appointed as the United Nations Special Rapporteur on the Rights of Indigenous Peoples in 2014.