As a biologist, when I spot a frog, the first thing I try and figure out is what species is it. Relatively quickly after that, I want to know if it’s a male or a female. Below are some pointers in distinguishing male from female frogs- some rules are pretty stricly adhered to in the frog world, while others are a little less definitive.

The difference between a frog and a toad
How are toads different to frogs? 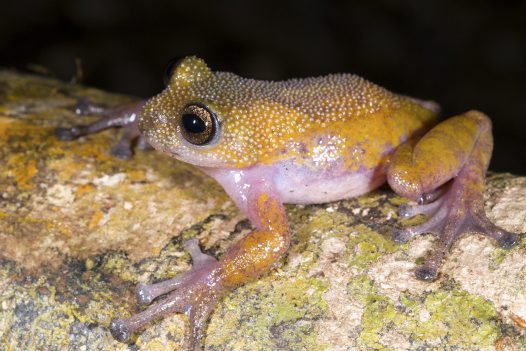 FrogID is a national citizen science project that is helping us learn more about what is happening to Australia’s frogs. Download the FrogID app and you can discover which frogs live around you and help us count Australia's frogs!

Despite its name, this tree frog is known to live on most of the south-eastern coast of New South Wales.

This odd-looking frog is found in the black soil plains areas and semi-arid grasslands of New South Wales and Queensland where it burrows into soil to wait for the infrequent summer and autumn rains.

The Bleating Tree Frog sounds more like a cicada than a frog.

The Rocket Frog gets its name from its long pointed snout, but it could equally have got it for its impressive leaping ability.