Professor Morgan Pratchett and Dr. Jairo Rivera Posada, both from the ARC Centre of Excellence for Coral Reef Studies at James Cook University and both Lizard Island Post-Doctoral Fellows, conducted some ground-breaking trials at Lizard Island Research Station in April. 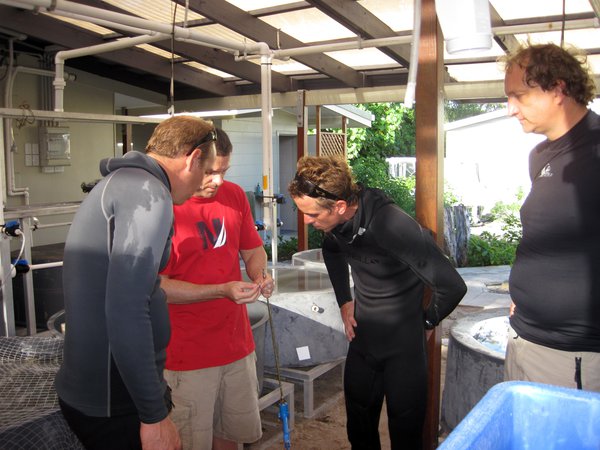 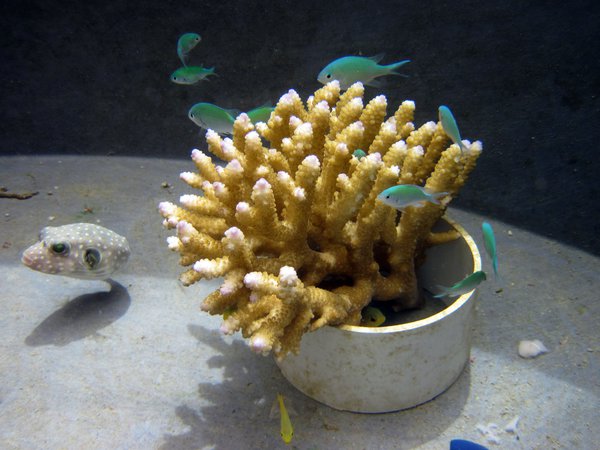 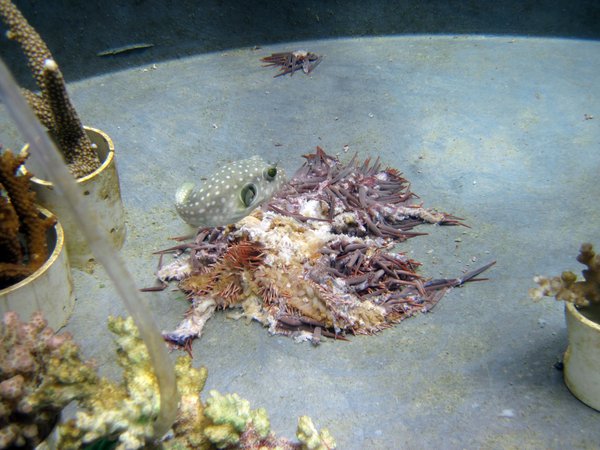 Crown of Thorns Starfish (COTS) are part of the natural environment on coral reefs but population outbreaks cause much destruction. The Australian Institute of Marine Science estimates that COTS are responsible for the loss of 20% of the coral on the Great Barrier Reef since 1986.

Population outbreaks occur periodically and during a severe outbreak there can be many COTS per square metre. In this situation they can eat almost all of the coral on a reef. A single starfish can produce up to 30 million eggs in one year and they breed for 5 to 7 years so a small population of COTS can potentially produce a large number of offspring.

During major outbreaks, the Great Barrier Reef Marine Park Authority and the marine tourism industry put a lot of effort into controlling COTS outbreaks in selected areas, mainly in areas of high tourism value. This involves injecting each starfish multiple times with a solution of sodium bi-sulphate. It is time-consuming and is not always effective as it depends upon the diver making an adequate number of injections in the appropriate parts of the starfish.

Dr. Rivera Posada had been conducting tests to determine if it was disease that normally ended COTS outbreaks on the Great Barrier Reef. He found that the COTS naturally harbour Vibrio bacteria and that these bacteria are capable of quickly killing their host under certain conditions. From this discovery they found that the injection of a harmless protein mixture used to grow bacteria in the laboratory can kill the COTS.

They then conducted extensive research in the aquarium system at Lizard Island Research Station to ensure that killing starfish with their new protein mixture did not cause harm to any other sea life. When these tests were successful, they received approval from the Great Barrier Reef Marine Park Authority to conduct tests on reefs adjacent to the Lizard Island Research Station.

These tests were successful with 100% mortality of the starfish injected only once with the new solution. This represents a major step forward in our ability to control COTS outbreaks. It is faster, easier and very much cheaper than the existing method.

This is the first step in reducing the devastating effects of outbreaks on the Great Barrier Reef but significant investment is required to take this research to the next level. They hope to find an appropriate pathogen or disease that can be spread by starfish to kill all individuals in a local area. 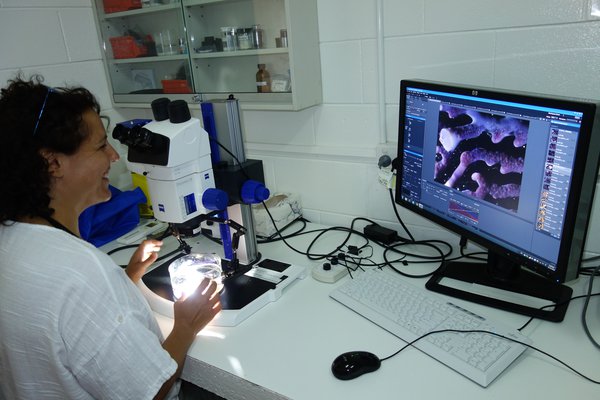 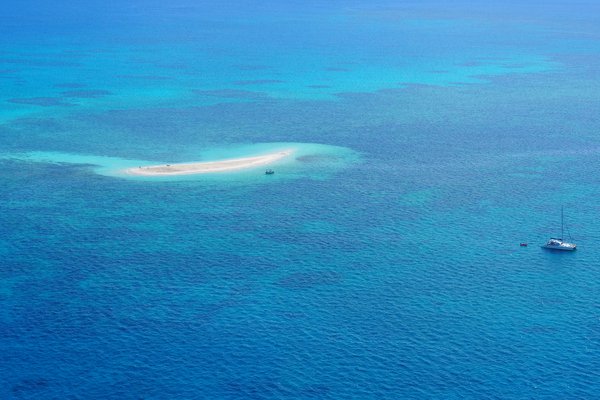 The following research projects were carried out at Lizard Island Research Station during 2013.

The following research projects were carried out at Lizard Island Research Station during 2014.

Fellows and Grant Recipients Details about fellowships for postdoctoral scientists