Scientific Officer Dr Niamh Kilgallen and I have just published a paper on an extraordinary genus of amphipod crustaceans called Waldeckia. In our paper we revise this genus of ocean scavengers and describe four new species. Our knowledge of the diversity and prevalence of these small animals helps researchers to understand the vital role that they play in recycling organic matter and nutrients in the world’s oceans.

Waldeckia is a small (~10–15 mm) scavenger, feeding on dead animals from tiny worms to the largest fish. They have an extraordinary ability to seek food through an organ on the antennae called the callynophore and they are wonderful swimmers. When they detect the slightest whiff of carrion they search in a zigzag pattern honing in on their target. They will cover a fish carcass and strip it to the bone.

These little guys appear to have originated during the last days of Gondwanaland when what is now Australia and Antarctica were still connected and the seas were warm. As Australia moved north staying in warm water, Antarctica stayed put to gradually become the frigid, hostile continent that we know today. One species of Waldeckiasurvived in the south and became a common scavenger all around the Antarctic coast. Over time, Waldeckia proliferated around Australia and evolved into a number of common species, particularly in eastern Australia.

As Australia moved farther north and eventually docked with the Asian plate Waldeckia moved across and has continued to migrate north-west as far as the Andaman Sea. In the Western Pacific Ocean Waldeckia has moved up through the South China Sea and into southern Japan. But it is Australia where it is has become most speciose and most common. We currently know of 8 species in Australian waters, but there are probably many more to discover, especially along the relatively unexplored coastline of Western Australia.

It is hard to imagine how common Waldeckia is along the east coast. During the early 1990s, we laid baited traps all along the east coast and succeeded in catching them in their thousands in traps from the shallow bays down to 3658 m depth in the Tasman Sea.

Australia has a rich fauna of small scavengers like Waldeckia. There are 10 genera and more than 50 species of amphipods and 16 genera and at least 100 species of isopods. But the only one to compete with Waldeckia for sheer numbers and widespread distribution is the cirolanid isopod genus Natatolana.

It is difficult to imagine what the sea bottom would be like without these efficient little scavengers to clean up the mess. 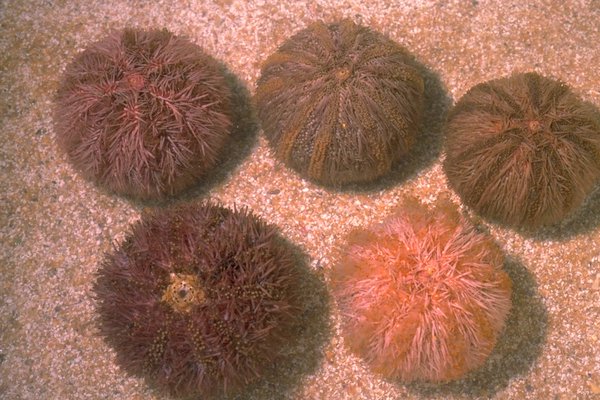 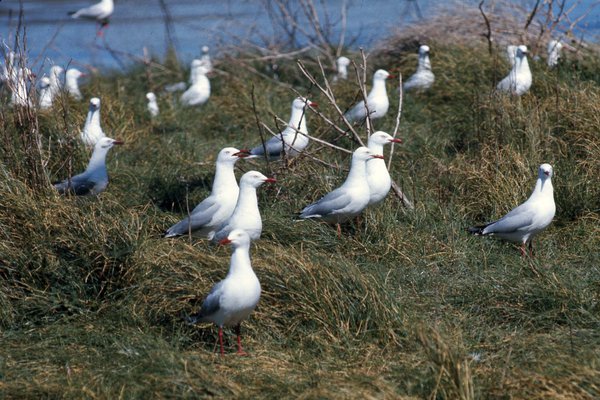 The Silver Gull has become a successful scavenger, readily pestering humans for handouts of scraps, pilfering from unattended food containers or searching for human refuse at tips.

Amphipods are extremly diverse, abundant and widespread crustaceans. They are found in nearly all marine and freshwater habitats. They are paticularly important as herbivores, detritivores, micropredators and scavengers in marine environments and they are almost always an important componen

A revision of the lysianassid genus Waldeckia with the description of four new species (Crustacea, Amphipoda, Lysianassidae, Waldeckiinae subfam. Nov.)