Although large magnitude volcanic events pose significant challenges for human societies, cutting edge archaeological research has moved away from the popular ‘gloom and doom’ stories that overemphasize destruction and collapse. New research on the beginning of pottery in Papua New Guinea, called Lapita style, has found that innovation and resilience have been overlooked as key responses to volcanic disasters.

Imagine the whole middle part of a large tropical island completely buried by heavy, yellow, airfall ash up to your waist or knees. You could survive this initial impact of an explosive volcanic event like this, but not for long. All your sources of fresh water and food from gardens, forest or reef would be completely destroyed. There would be no choice but to abandon your home and seek refuge with friends and relatives who lived a long way down the coast or on other islands.

When doing archaeological fieldwork in the Willaumez Peninsula of New Britain Island, Papua New Guinea, it doesn’t take long to appreciate the immense destruction caused by explosive volcanoes. We have to dig through multiple deep layers of volcanic ash to reach deposits containing stone tools and pottery left behind at ancient villages. At the Kupona na Dari site that dates to the earliest period of human settlement on the island (c. 40,000-1,000 years ago), we excavated through 11 separate volcanic ashes, each of which had buried evidence for human habitation.

Given the frequency of the volcanic activity in this region, we might expect human history to be characterized by numerous random changes in lifestyle. Instead our research has found remarkable stability -- with one notable exception. After the W-K2 volcanic event about 3300 years ago, large obsidian tools that had existed for at least 3000 years disappeared and pottery, known as the Lapita style suddenly appeared. Shortly afterwards, people using Lapita pots migrated to the remote islands of the Pacific east of the Solomon Islands for the first time. 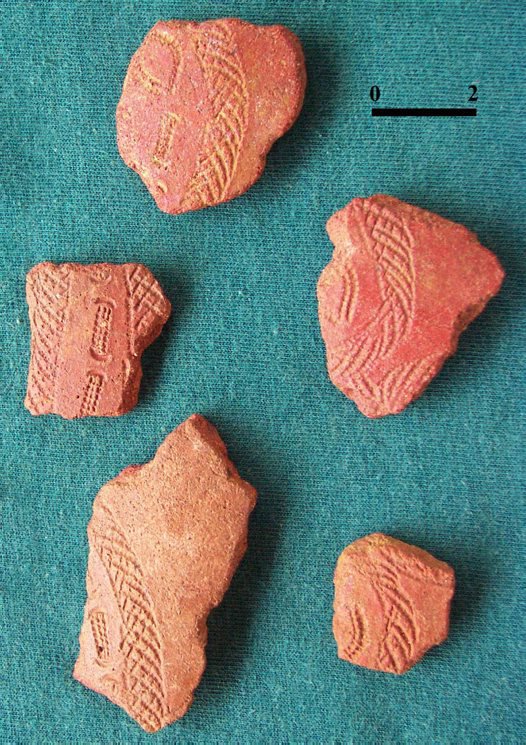 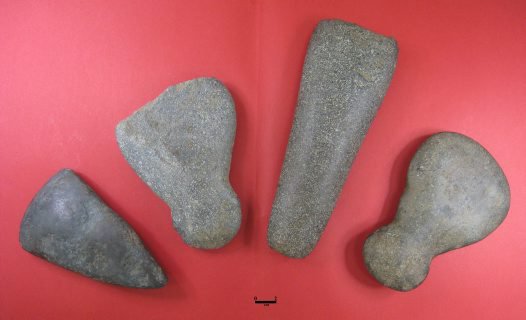 I believe that the coincidence between the massive volcanic eruption and the beginning of Lapita-style pottery was not random. The massive destruction of major volcanic events can create opportunities for ‘evolutionary novelties,’ wholly new cultural practices, like pottery making. I suggest that the devastation caused by the W-K2 eruption enabled people who had previously been kept out of high status positions to challenge the status quo. To set themselves apart from the previous leaders, the group of rebels made a number of innovations, one of which was Lapita style ceramics, whose designs probably represented and re-enforced their new cult. My theory presents a major challenge to the widely held view that Lapita style pottery was introduced by migrants from outside the island of New Britain and its neighbours (the Bismarck Archipelago).

My archaeological research in New Britain, greatly assisted by collaboration with volcanologists and other scientists, has also shown that human societies often find ways to persist even in the face of frequent natural disasters, like large scale volcanic eruptions. People in New Britain invented ways that enabled them to be incredibly resilient over thousands of years and multiple eruptions, but that did not prevent some individuals from finding creative ways to change society.

The nature of prehistoric obsidian importation to Anir and the development of a 3,000 year old regional picture of obsidian exchange within the Bismarck Archipelago, Papua New Guinea. In A Pacific Odyssey: Archaeology and Anthropology in the Western Pacif

Social resilience and long-term adaptation to volcanic disasters: the archaeology of continuity and innovation in the Willaumez Peninsula, Papua New Guinea

Assessing the effects of volcanic disasters on human settlement in the Willaumez Peninsula, Papua New Guinea: a Bayesian approach

Problems of scale: evaluating the effects of volcanic disasters on cultural change in the Willaumez Peninsula, Papua New Guinea

The contribution of use-wear/residue studies of obsidian for understanding changes in settlement and subsistence patterns in West New Britain, Papua New Guinea

Moving on or settling down? Studying the nature of mobility through Lapita pottery from the Anir Islands, Papua New Guinea. In From Field to Museum—Studies from Melanesia in Honour of Robin Torrence, ed. Jim Specht, Val Attenbrow, and Jim Allen