Australia’s globally distinct dragonfly fauna could be heavily altered under climate change. Whilst the threat of extinctions does not appear to be biased towards species with ancient evolutionary histories, many species unique to Australia do face extinction. The major shifts in regional dragonfly diversity also indicate that broader freshwater biodiversity will be highly vulnerable.

The unsustainable removal of water for human use, pollution and destruction of habitats mean that global biodiversity loss in rivers, lakes and wetlands is particularly severe. To maintain the many benefits we currently receive from freshwater ecosystems it is critical we avoid the catastrophic losses of species predicted by current trends. This has become even more challenging of a task as we face the prospect of climate change further altering the balance of natural ecosystems.

Australia’s 325 species of dragonflies and damselflies (Odonata) includes many ancient lineages of Gondwanan origin, and most are thought to have become restricted to the cooler wetter habitats once the continent began drying about 20 million years ago. Later, dragonflies from Asia also colonised Australia and are now about one third of the fauna, including many of the arid-zone species.

Climate change is believed to present the greatest threat to the same regions that contain Gondwanan species. Therefore, to test whether a disproportionate amount of the evolutionary diversity of Australia’s dragonfly fauna would be at risk from climate change, we analysed the predictions of 270 species’ specific environmental niche models. We then updated the evolutionary tree of Australian dragonflies so that we could compare the relatedness of projected future communities.

First some good news! Although the effect of climate change is biased across families of dragonflies, we found no evidence that the species most vulnerable in the future represent a greater proportion of evolutionary diversity than we might expect by chance. However, whilst species unique to Australia, and other Gondwanan groups are not predicted to be more threatened than dragonflies are on average, the outlook for Australian dragonflies and freshwater biodiversity in general is more serious.

We predict dramatic changes in the distribution of suitable habitat for dragonflies, particularly in present day “hotspots” of species richness as well as significant turnover across almost the entire east coast. There are also communities in the Pilbara, south-western Australia and Tasmania that are vulnerable and contain a high proportion of endemic species. It is possible Tasmania could become an important refuge for mainland species, but this depends on species making the leap across the Bass Strait to track suitable habitats.

Although our study paints an uncertain future for Australian dragonflies, they are in fact less vulnerable than many other aquatic species. They typically prefer warmer temperatures, are strong dispersers and generalist predators. Conversely a large number of aquatic species are sensitive to temperature increases, or are slow to recover following reductions in flow, or are limited to dispersal along river channels.

Previous research on invertebrate communities suggests that climate change will result in dramatic changes to assemblage structure and ecosystem dynamics, and this will have consequences for primary productivity and organic matter processing, that in turn support diversity and abundance of higher consumers. The significant risks to Australian biodiversity under climate change mean action is urgently required to begin both reducing our emissions, and better protecting our freshwater habitats in the short term.

More information:
The expertise and practical experience with Australian dragonflies of Günther Theischinger, Research Associate of the Australian Museum and Environmental Scientist at NSW Office of Planning and Environment, helped to create the bulk of taxonomic and distributional information and to assemble the phylogeny and to perform the analyses for part of the PhD work of Dr Alex Bush, now CSIRO, Canberra. 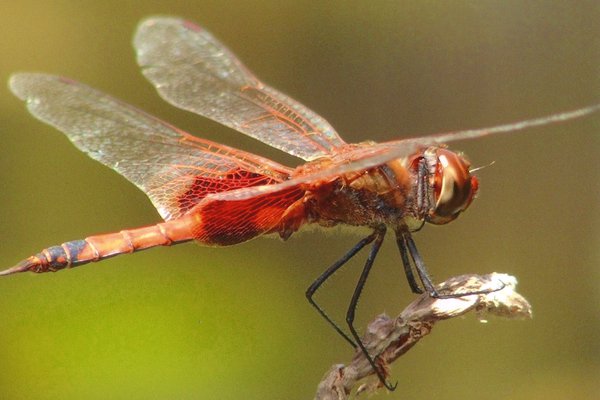 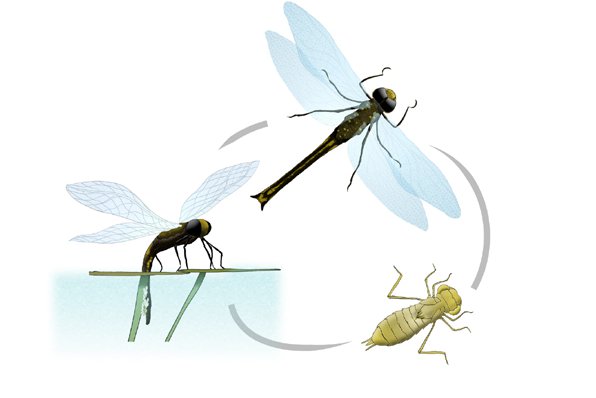 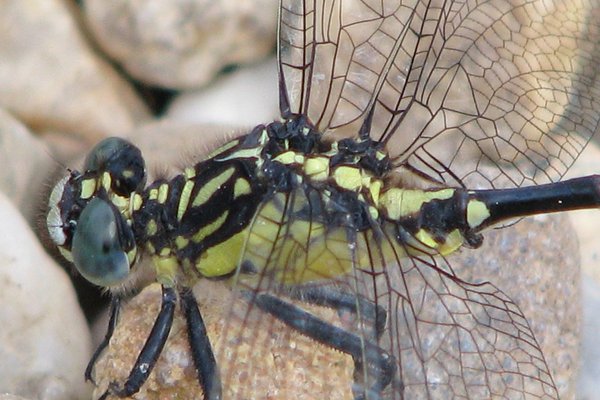