Elizabeth Carrington Pope spent her entire working life as a Zoologist at the Australian Museum from her initial employment on probation in 1939, to her retirement as Deputy Director in 1972.

When she joined the Museum as a Scientific Assistant (second class) it was at a salary of £193. The position was advertised with a salary of £350, but as a woman she was not eligible for a full salary.

The Museum had only one vehicle for field trips and she was not allowed to drive it until the 1960s because she was a woman. This made field work difficult for her.

However, she persisted with her field trips and her research, and in 1957 she became the head of the newly created Worms and Echinoderms department.

In August 1971 she became Deputy Director as well as department head. She held these positions until she retired in 1972. After her retirement she continued to contribute to the Australian Museum as an Honorary Associate. 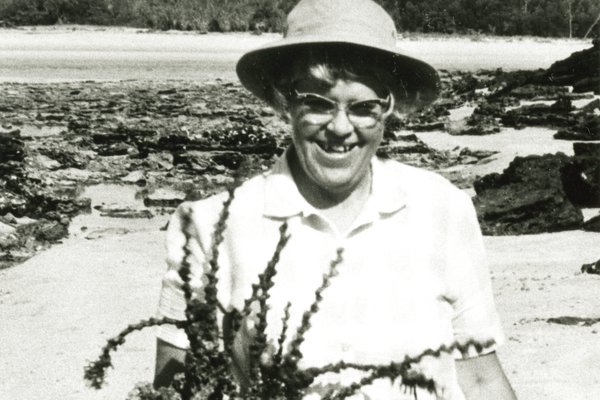 A lifetime at the Australian Museum