One hundred years ago, the Australian Museum played host to three groups of scientists from among perhaps the most distinguished to have yet visited Australia. They were in Sydney for a week (August 20–27) as part of the Eighty-fourth Meeting of the British Association for the Advancement of Science (BAAS).

The BAAS was dedicated to promoting greater understanding of science and this was only the fifth time since its formation in 1831 that one of its annual Meetings (each a major scientific congress) had been held outside the British Isles.

The Museum had determined that the meeting would, for the week, take precedence over normal activities. To this end Assistant Curator Charles Hedley, who had joined the Association in 1912, and two other staff spent a day at Sydney University welcoming delegates and issuing invitations to visit.

Those who came included many leading researchers from Zoology, Geology and Ethnology. Hedley in his report to his superior on 28 August was able to write that:

Our visitors generally were attracted by the ethologically (sic) collections. Methods of display and labelling were praised. Approval by such competent critics and distinguished authorities as I have mentioned is gratifying.

What Hedley didn’t mention was an announcement on 21 August which, at the time, was one of the most momentous discoveries in ethnology, with both immediate impact and far-reaching consequences: the revelation of the ‘Talgai skull’ (strictly speaking, a cranium only), then the oldest human skull found in Australia. As Nature reported on 22 October:

Then a most sensational announcement was ‘sprung’ on the meeting . . . a highly petrified skull was found in the Darling Downs, Queensland, such as may very well prove to be assignable to Pleistocene times, Pleistocene man in Australia having hitherto existed only in the sphere of pure hypothesis. [Museum Trustee] Profs Edgeworth David and Wilson, who exhibited the specimen to the much-moved section, were careful to state the case for the attribution of a high antiquity to the specimen with the greatest caution …

And as the later Report of the Meeting stated:

Certainly it is far older than any aboriginal skulls that have ever been obtained in Australasia, and it proves that in Australia man attained to geological antiquity.

The timing of this presentation is in many ways controversial, as this article reveals. It was subsequently confirmed that the specimen was at least 11,700 years old – the first step in establishing the antiquity of Australia’s Indigenous peoples and hence their claims to long occupation of the continent.

This session was only a small part of the much larger Meeting of some 300 visiting scientists (the Overseas Party, as it was called) which lasted from 28 July (with the arrival of the ‘Advance Party’ in Perth) to 31 August, with sessions held in Adelaide, Melbourne, Sydney and Brisbane.

The President of the Association for that year, Prof William Bateson FRS (1861–1926), came with a high reputation already secured as one of the leading expositors of the neglected 1866 work of Gregor Mendel and the first to use the word ‘genetics’ in its modern sense.

But the task of organising accommodation, venues and transport for the scientists ultimately fell on the shoulders of the Organising Secretary, the remarkable David Rivett (1885–1961), then a young research chemist from Melbourne whose stellar career was to include a leading role in the establishment of the CSIRO.

A shadow, however, had hung over the Meeting from the outset. The Overseas Party had left for Australia at a time of uncertainty and growing tension following the assassination of the heir to the Austro-Hungarian throne and his wife; the majority (140 members) of the Advance Party had arrived in Adelaide from Freemantle via RMS Orvieto on 8 August – just four days after war was declared.

Prior to the official opening on that day, discussions were held as to whether the planned Meeting should go ahead, and it was decided that it would, insofar as it did not interfere with the war preparations of the Commonwealth.

As the weeks passed, the situation in Europe deteriorated rapidly (the Retreat from Mons had started on 24 August, as the Sydney visit was nearing its end), and many delegates would have been anxious to return to their families and join the war effort.

Shipping being requisitioned or cancelled, and the proposed visit to New Zealand abandoned, some 26 delegates took the opportunity of returning home immediately from Sydney; the 182 who attended the sessions in Brisbane made their return by unscheduled means, some via the Dutch East Indies and the Suez Canal, and others via New Zealand, across the Pacific to the United States, and then across the Atlantic.

One vessel no longer available for the return trip was RMS Orvieto. Requisitioned by the Commonwealth, it was to play a role far removed from that of transporting scientists: now renamed HMAT 3, it was the flagship of the convoy carrying the first Australian troops to Alexandria, from where they were intended for the Western Front but instead were diverted to Gallipoli … and so into our national history.

Acknowledgements
I am indebted for assistance to Rose Docker (archivist, Australian Museum) and Brendan Atkins (editor).

Dr Geoffrey Fishburn is a Visiting Fellow in the School of Social Sciences, University of NSW. 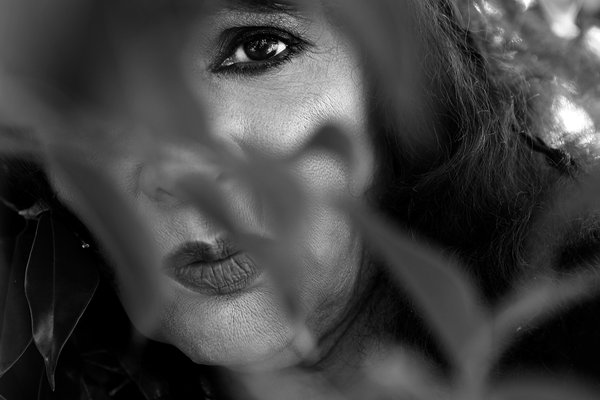 They said they had this place up at Hay, in NSW, it was a Japanese World War II prison, and they turned it into an institution for young girls.