Moana Toa is an initiative by the AM's Pasifika Collections and Engagement team that aims to link Pasifika female leadership to culture and arts. To mark International Women’s Day 2022, the initiative will celebrate Pasifika women leading in their respective careers and recognise their contribution to changing the climate of gender equality through a series of blog posts and videos.

Katerina Teaiwa is an interdisciplinary scholar, artist and activist of Banaban, I-Kiribati and African American heritage, born and raised in Fiji. Katerina is the first Indigenous Pacific person to become a Professor at the Australian National University (ANU), and has taught Pacific Studies and Gender, Media and Cultural Studies for over 20 years. She was recently named the 2021 Australian University Teacher of the Year for her visionary and meaningful approach to teaching and mentoring students in Pacific Studies at ANU. Katerina has a background in anthropology, history, dance, visual arts, and the natural sciences.

She is the embodiment of Pasifika excellence, which is revealed through her many achievements, wisdom, humility and her devotion to culture and community.

I feel empowered knowing I am connected to the whole of Oceania, and a part of Oceania.

Katerina is the author of Consuming Ocean Island: stories of people and phosphate from Banaba and the artist behind Project Banaba. In these academic and artistic works, she investigates the histories of British, Australian and New Zealand phosphate mining in the central Pacific, specifically on her ancestral lands of Banaba.

Banaba, located in the central Pacific, has faced many traumatic experiences of displacement and resettlement under British colonialism. Banaba today has a unique postcolonial reality, which has unfolded in such a way that Banaban people have had to rebuild their culture.

Banaban people have had to reimagine and reconstruct a lot of their culture. Banaban people are very good at remixing, transforming, reconstructing and recreating culture while remaining true to the essence of what it means to be Banaban.

Katerina’s connection to artefacts in the AM's Pasifika Collection

Banaban people claim culture through traditional dances such as the Te Karanga, a stick dance accompanied by complex and ancient chants. There are different forms of Te Karanga, with varying lengths and styles of sticks used. Dances such as this are a form of marking identity, culture and history.

The AM has a diverse collection of artefacts from Kiribati, with a portion of them being from Banaba. This wooden Banaban stick has shells intricately attached to it using finely twisted coconut sennit. Katerina was drawn to this Banaban stick due to its rarity and unknown background.

"If this is a dance implement, it is one that has not been preserved. This is the first Banaban dancing stick that I have seen using shells, rather than sharks' teeth. It looks more so like a weapon,” Katerina says.

The scarcity of this Banaban stick highlights the cultural dispossession that took place in Banaba. Nevertheless, colonial pursuits to erode Banaban culture did not deter Banaban people from fighting to preserve it.

Banaban dance is both a means of remembering and reviving a lost homeland.

This Banaban dance belt is seen throughout Kiribati and called te katau te tumara. Katerina explained how these Banaban dance belts are still customarily worn today and are a waist ornament worn by women and young girls when they dance. It is made with pandanus leaf, white nautica shells and coconut sennit. Unlike the more commonly braided coconut sennit belts, this belt from the AM Collection is woven onto a thick pandanus leaf.

Waist, head and arm decorations are all produced from Banaba’s natural resources. Natural resources that are most visible on dance ornaments today include pandanus leaf, white nautica shells and coconut sennit.

Katerina expressed how the Banaban dance belt further underscores the importance of dance in Banaban society, during the past and present. Dance endows women and young girls with a powerful channel to express emotion and draw attention to one's unique self. 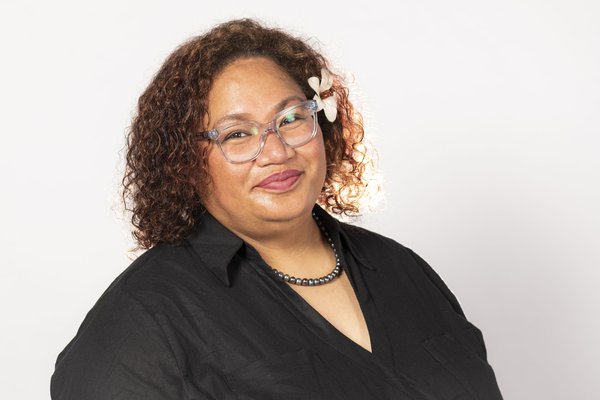 Identities, far from being static, should be thought of as a constant transformation. Katerina’s academic and artistic works draw attention to how culture is always changing, this is the case for Banaban people who have faced loss of land and major cultural breaks and shifts.

I am the product of my ancestors so I can’t forget them because I wouldn’t exist without them. Ensure that you are faithful to your genealogy.

Pasifika people have been at the forefront of not only the impacts of many severe social, political and environmental issues, but also at the forefront of activism. Through learning about the rich cultures and histories of Oceania, we safeguard sacred knowledges that can have far-reaching benefits for our succeeding generations, and ensure that we are honouring our ancestors who came before us.

Listen to the interview 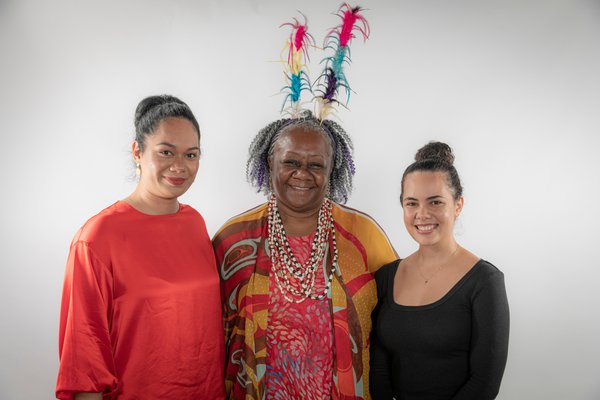 We thank Professor Katerina Teaiwa for her ongoing efforts to educate, empower and advocate about the issues in the Pacific Islands. Her efforts are deeply valuable to the future of Oceania.

Thank you for reading our third instalment of Moana Toa. A special thank you to Professor Katerina Teaiwa for sharing your time and knowledge with us.