If you were to imagine the result of a collision between an aircraft and wildlife (a bird or a bat) you probably imagine a bird being sucked in to a jet engine or only a smear of what was a bird or bat left on the white fuselage. This is most commonly the case, and in these instances, it’s usually up to DNA analysis by our Australian Centre for Wildlife Genomics to identify which species have been involved in a strike. Wildlife airstrikes can cost airlines and airports millions of dollars each year (in delays, and equipment damage), so knowing what species are being hit allows airports to better manage the environment around their runways to potentially reduce airstrikes and improve safety.

Very rarely a specimen arrives intact enough that it surprises even our staff! Our most recent airstrike victim, seen here at the Museum, was handed in to the AMRI Ornithology Collection by a company that charters helicopters. The specimen in question was a White-Throated Needletail (Hirundapus caudacutus) and our ornithologists had to ask twice how it had come to be handed in to the Museum, because this Needletail was in a near-perfect state, with its wings folded peacefully against its body. The bird had entered the helicopter through its Perspex windscreen. We theorise it had made direct contact with the point of its sharp beak, breaking the Perspex while the rest of the body hurtled through without a scratch!

White-Throated Needletail are a species of swift and are well known for their ability to reach very fast flight speeds, hence the result when encountering a plastic windshield. This species is also known to nest in tree hollows, choosing to spend most of their lives in the air and normally displaying impressive agility. Although not considered to be endangered or vulnerable, these traits unfortunately make them prime candidates for wildlife airstrikes, and in fact results from the ACWGs wildlife airstrike database suggest they are a commonly struck bird species at airports around Australia.

This notable specimen will now be prepared and accessioned into the bird collection as a scientific study skin, for preservation and future use by researchers. As a voucher specimen, a sample of its tissue will also be lodged in the Australian Museum’s tissue collection and its DNA profile will be used as a reference profile when identifying future strikes by this species. The more we are able to find out about these encounters and the species’ behaviour, the more that can be done to avoid wildlife airstrikes in the future. 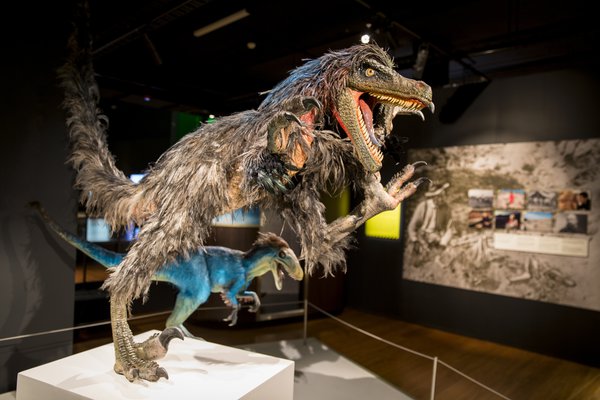