Mass coral spawning is one of nature’s wonders, a true spectacle in which many coral species release egg and sperm bundles at the same time, once a year. The water fills with spawn, seriously reducing underwater visibility and leaving a slick on the surface. At Lizard Island, the main spawning event usually occurs on the 5th night after the full moon in November, starting about three hours after sunset. Some corals also spawn on nights immediately before and after the main event.

Researchers who come to Lizard Island to study coral spawning usually bring corals into the aquarium. There, the corals spawn exactly as if they were on the reef and it’s a lot easier to work with them. But everyone else on the Station wants to see it in situ so many of us go out for a night dive. We have seen the coral spawning almost every year since 1990.

This year was different. Instead of an ‘underwater snowstorm’, we saw no coral spawning at all on the 3rd and 4th nights after the full moon. On the 5th night (19 November) we saw massive Porites colonies and some soft corals spawning, as well as one mushroom coral. But not a single Acropora colony spawned.

Acroporas are the spectacular branching and table corals for which the Great Barrier Reef is famous. We estimate that at least 90% of Acropora colonies died due to the massive coral bleaching event in the first half of 2016. That is directly attributable to higher water temperature caused by climate change. The Acropora colonies that survived the bleaching are mostly small and they were highly stressed by the high temperature event so it’s not surprising that their reproductive cycle was affected.

In the lead-up to spawning, coral researchers had broken tiny tips from surviving Acropora colonies to see if they contained eggs - and found that few did. They brought small pieces of those colonies into the aquarium and they spawned on the 6th night after the full moon. The volume of spawn was much lower than normal and it remains to be seen if it was viable.

Lizard Island and places further north need coral spawn to re-seed reefs depleted by bleaching. Reefs south of Cairns were minimally affected by bleaching and they spawned normally this year. Can that spawn reach the northern reefs? Wind-driven currents flow northwards along the mainland coast while offshore, the south-flowing East Australian Current prevails, but net flow is complicated by both bathymetry and weather conditions. How much spawn will be transported northwards is an open question.

Researchers have placed tiles in the water around Lizard Island prior to the spawning event over the past few years. Baby corals settle onto the panels following the spawning, enabling comparison of settlement success between years. We are keen to find out how much settlement occurs this year. 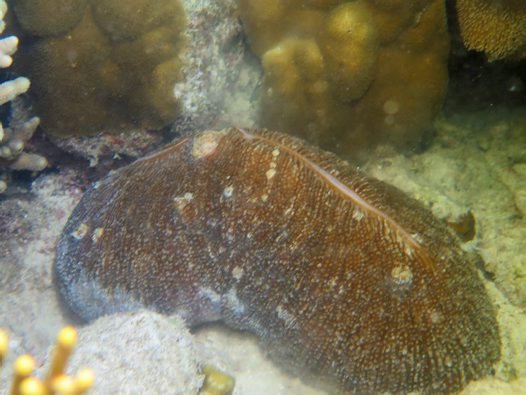 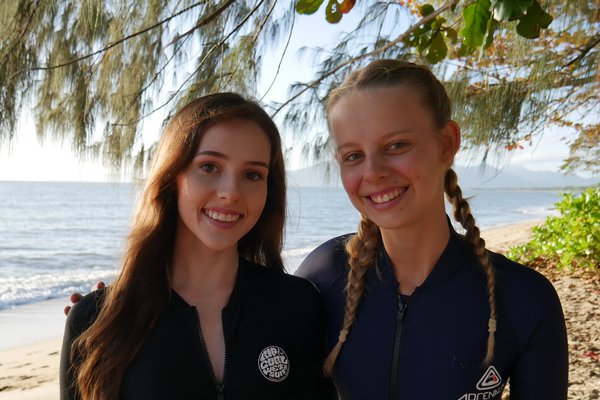 Internal macrobioerosion on five species of Acropora following the 1998 bleaching event: Implications for the long-term impact of bleaching on the Great Barrier Reef. 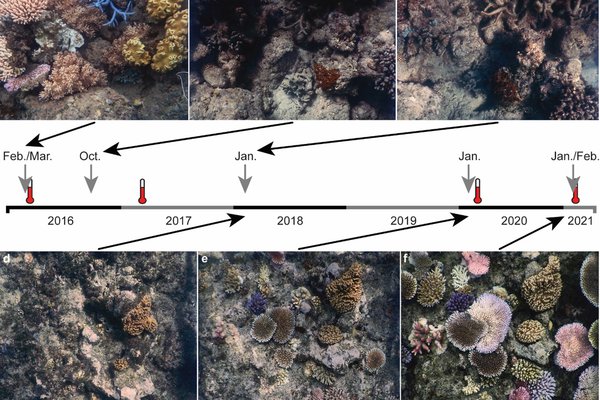