The recipe for seed beetle diversity is a mixture of co-evolution and adaptation, with time stirred in.

Why are some groups of animals so diverse? My collaborators and I explored this question in a large genus of seed beetles and found that 75% of speciation could be explained by coevolution with hosts (in this case, plant species), and that 25% of speciation was adaptation to new hosts. So the most diverse groups of animals are likely to be diverse because they have relatively flexible biologies.

Biodiversity is a contraction of ‘biological diversity’ – the diversity of living things. By ‘diversity’ we normally mean different kinds, which in biology tends to be the numbers of species. There are estimated to be several million species of living things on Earth. Why are there so many species?

Seed beetles (Bruchinae: c.2000 species) are a particularly useful group for testing co-evolution theory. All species have larvae living in developing seeds and very few species have more than one known host. The leaf beetle genus Spermophagus (literally “seed eater”) is large, with about 120 species, all of which feed as larvae on the developing seeds of either mallows or morning glories, two completely unrelated families of flowering plants. All species occur in the Old World, ie are absent from the Americas. A few species are present in tropical Australia.

About 75% of Spermophagus species have co-evolved with morning glories. In other words, as the plant host has changed (for example in seed chemistry) the beetles have changed, producing a matching pattern of evolution of the two groups of organisms. This confirms expectations of plant and herbivore co-evolution. But for the other Spermophagus species, feeding on mallows, the evidence suggests that the plant species evolved long before the beetles and that in this case speciation of the beetles was due to the ability to colonise new hosts and to spread widely on those hosts.

So the answer to “why are there so many species of Spermophagus?” is both (i) a tight relationship between beetle and host leading to co-evolutionary change; and (ii) the opposite- the ability to decouple that tight relationship to colonise new hosts. Time is also important. We found that the genus Spermophagus is about 60 million years old. That’s plenty of time for diversification.

So why are there so many species? From our evidence, the co-evolution theory is partly right and explains about 75% of diversity in this group. That seems to be a reasonable figure for all seed beetles (c.2000 species), in which the larva develops in the seed of the host. But even in the seed beetles another 25% of species is due to other factors, particularly host switching and geographic isolation. This conforms with evidence from other leaf beetle groups (c.40,000 species), that co-evolution is only of limited significance. There's no single reason for so many species.

Acknowledgements:
I was part of a large team, with members from Australia, Kenya, Iran, Japan, Hungary and Brazil, led by researchers in France.Thats often the nature of scientific research these days – collaboration with many people internationally. I am very grateful to my French colleagues for inclusion. 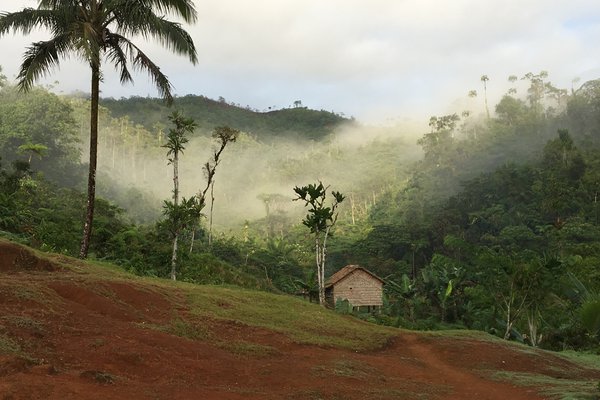 Meet the teenage filmmaker with a flair for science communication

1 December 2016
Read more
Back to top
You have reached the end of the page. Thank you for reading.