Maybe my title is over the top, but identifying some pretty blue beetles proved quite a challenge!

Taxonomy (the naming of groups of organisms) is not always about naming new species. Sometimes it is more akin to detective work, or archaeology, than the biological sciences. Yet it is fundamental to all of biology. And taxonomists like myself and my colleagues at the Australian Museum Research Institute, are the people who do this important science. This story is about working out the correct name for a common blue beetle, which is likely to be useful for weed control.

I work on beetles that feed on plants. That’s unremarkable in itself, but often these beetles feed on plants that are important to us, either weeds or crops. So what happens when the same beetle is described by one person as a pest of rice and by another as useful for weed control? Suspicious? Certainly. My instinct is that somebody is misidentifying them – but who? And what are they really called? 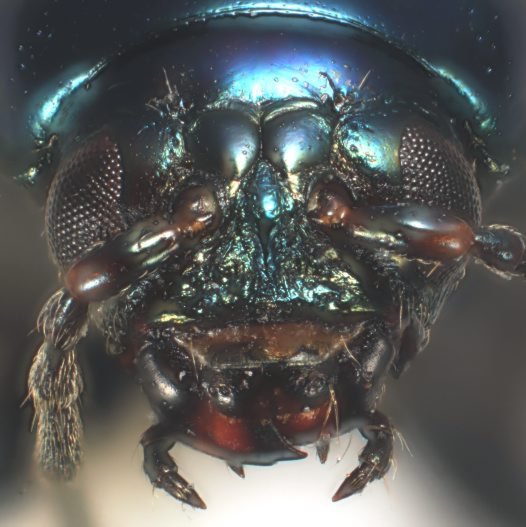 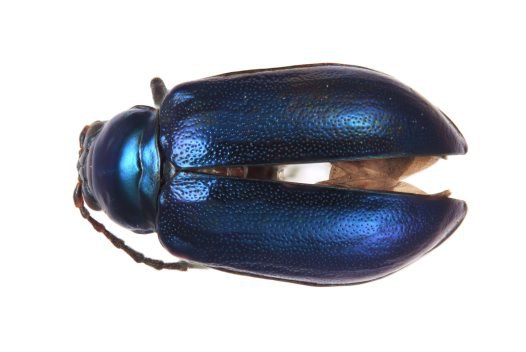 Leaf beetles in the genus Altica are abundant on plants in wet places and have been collected in our region of the world for a long time. For example, Altica cyanea was described 215 years ago! This is supposed to be a common species in Australia, which is why I got interested in it. It was described in the simple language of the day, roughly: ‘blue, small, collected in Sumatra by Daldorff’. Not a lot to go on and not surprisingly, when other people collected and named small blue beetles from Sumatra and other parts of southeast Asia, they thought they were looking at the same thing. So a misunderstanding arose and has been perpetuated as a name applied to the wrong insect.

The Indonesian Island of Sumatra is a big place with a lot of different habitats and we know of 4 blue Altica species that occur there. So which of these species did Captain Daldorff collect? The first step was determining where Daldorff was in Sumatra. A little searching revealed that Daldorff was a Danish naval officer and collector working out of the Danish held port of Tranquebar in south India in the 1790s, who only visited the British held port of Bencoolen (Bengkulu) in Sumatra. So we had a collection locality! Fortunately, among the collections of these beetles that I worked on there were specimens from Bengkulu.

So we were able to fix the correct identity of one old species name. It turned out that Altica cyanea didn’t occur in Australia at all. But the whole story is a lot mirkier. For a start, 3 different people described 3 different species from the same material collected by Daldorff! And pretty much the same sort of mess occurred for all the other species names in the genus Altica.

Our research showed that three Altica species have potential as biological control agents of weeds and probably none of the six species in the region is a pest. So maybe the title’s not so bad after all? You can find out which species are beneficial in the paper below.

The Australian Experience with Taxonomic Support for IAS Surveys

Taxonomic uncertainty and the loss of biodiversity on Christmas Island, Indian Ocean

New insights in the taxonomy of Trichobranchidae (Polychaeta) with description of a new Terebellides species from Australia.

Systematics and Taxonomy of Australian Birds

Taxonomy of Serpulidae (Annelida, Polychaeta): the state of affairs