Bristle worms, or annelids, are one of the most exciting and beautiful creatures inhabiting the ocean. In 2013, I was a recipient of the Geddes Visiting Collection Fellowship and came to Sydney to study three families of marine worms from the huge collections of Australian Museum. During that time I carried out the first survey of worms in the family Cossuridae from Australia. In total, I identified nine species, three of which are new to science.

Bristle worms are mostly marine animals of small and medium size that feed from the sea floor or from the water column. In spite of over two hundred years of research on Bristle worms, we still don’t know many things about their biology, behaviour, and mode of life. Even their true species composition needs to be investigated in many regions as the more we discover the more questions arise. 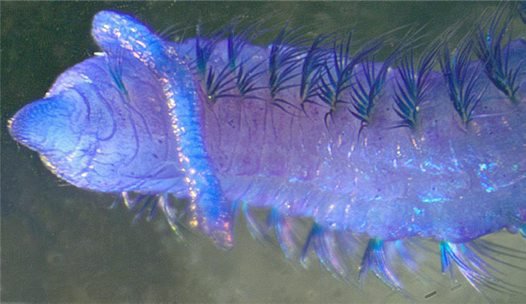 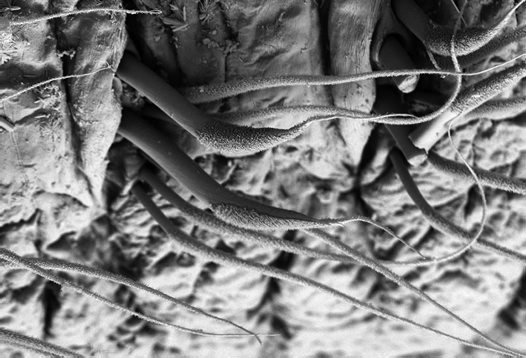 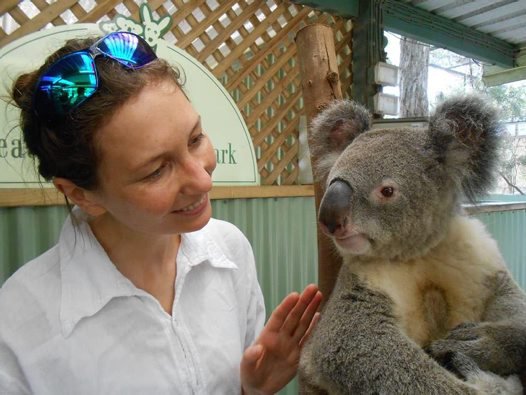 Bristle worms in the family Cossuridae inhabit soft sediments in the seafloor worldwide. They have a peculiar appearance, with one long respiratory thread on their back. Until recently, the family was known to contain only 23 species, making it relatively small in the world of marine worms. With my work, the known species diversity of the group has now grown to 26.

One of the new species (Cossura hutchingsae) is named in honour of the Australian Museum Research Institute (AMRI)’s Dr Pat Hutchings in recognition of her great contribution to the knowledge of Australian marine biota, another (Cossura keablei) honours AMRI’s Dr Steven Keable, in recognition of his great efforts to maintain and improve the marine invertebrate collection.

The third new species is called Cossura queenslandensis because it only occurs in Queensland. Other species found in Australian waters are similar to those described previously from Europe, North and South America, so were identified as known species. However, molecular methods may reveal a number of new species within this group.

One of these species, Cossura cf. ginesi first described from Venezuela is peculiar having small "horns" on the tip of its head whereas all other cossurids have conical or round head. No one knows why these horns evolved and the only hypothesis is that they are used for more efficient digging in the sediment.

As a result of this research we know a little bit more about biodiversity and evolution on the Earth. However, Cossuridae still pose a wealth of riddles and now with my colleagues from the White Sea Biological Station I will delve into details of their anatomy and functional morphology in order to reveal potential cryptic species.

AMRI Blog
Marine Invertebrates
Marine Worms
Read more
Back to top
You have reached the end of the page. Thank you for reading.