It occurs in tropical marine waters of the Indo-West Pacific. They can be seen on reefs in stationary schools during daylight.

The Bluestripe Seaperch is yellow above and white below. It has four blue stripes on the sides and fine grey stripes ventrally. The fins are mostly yellow.

It occurs in tropical marine waters of the Indo-West Pacific.

In Australia it is known from the offshore islands of north-western Western Australia and from the northern Great Barrier Reef south to the central coast of New South Wales. 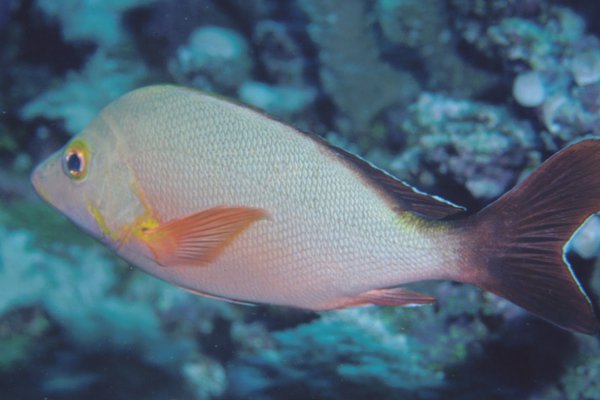