The Crimson Soldierfish is a cave and crevice dweller that can be recognised by its large eyes, large scales and the dark brown to black band just behind the head.

The Crimson Soldierfish is silvery pink with red scale margins. A dark brown to black region runs from the top of the operculum to the pectoral fin base. There is a large black blotch above the pupil and a smaller blotch below.

The first dorsal fin is red. The remaining median fins and pelvic fins are red with white leading rays.

The species is normally seen in caves and crevices.

It occurs in tropical waters of the Indo-Pacific.

In Australia it is known from the central coast of Western Australia, around the tropical north and south to the northern New South Wales coast. 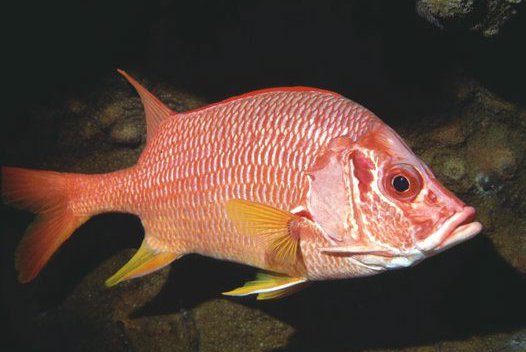