A thick-set scorpion that can be creamy yellow to orange brown with darker brown or light brown patterning. It can be found in forest habitats in litter and logs (sometimes in suburban gardens) across south western and eastern mainland Australia and Tasmania. At least 6 species of ‘wood or forest scorpion” occur in Australia.

Lives in burrows under leaf litter and can even be found under bark on trees. Prefers habitats with high levels of moisture and usually spends much of the summer months in its burrow.

A widespread south-western and eastern Australian species, found in south-eastern South Australia, Victoria, eastern NSW, the ACT and Tasmania. The only scorpion species found in Tasmania.

Females give birth to between 20 and 30 live young and she carries the young on her back for a period of two or more weeks. Can live for up to 3 years.

The sting of the Forest or Wood Scorpion can cause inflammation and pain for several hours, and medical advice should be sought. 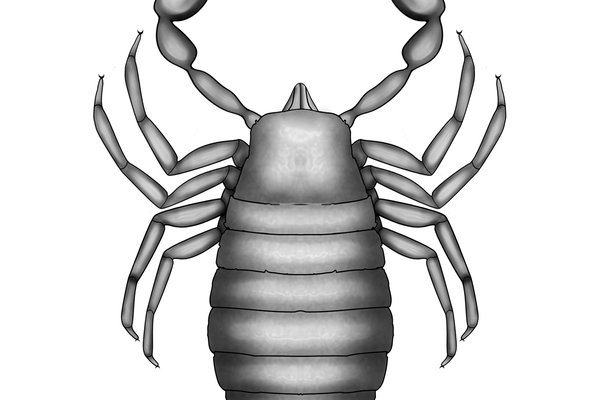 Black Rock Scorpions are a redish brown or dark brown in colour (but can also be a yellowish brown). They are smaller than other species in the Urodacus genus.

It has a stout body and is yellow to reddish brown depending on where it is found.