A striking, colourful bird, the Rainbow Bee-eater is medium sized, with a long slim curved bill and a long tail with distinctive tail-streamers. It has a golden crown and a red eye set in a wide black stripe from the base of the bill to the ears, which is edged with a thin blue line. The throat is orange-yellow, with a broad black band separating it from a green breast. The upperparts are green, with the flight feathers coppery and black tipped. The underwings are bright orange, with a black edge. The lower abdomen is blue. The tail is black, including the long tail streamers, with a blue tinge. Females have shorter, thicker tail streamers than males, but are otherwise similar. Young birds are duller and greener, lacking the black band on the chest and the long tail streamers.

The Rainbow Bee-eater is most often found in open forests, woodlands and shrublands, and cleared areas, usually near water. It will be found on farmland with remnant vegetation and in orchards and vineyards. It will use disturbed sites such as quarries, cuttings and mines to build its nesting tunnels.

The Rainbow Bee-eater is found throughout mainland Australia, as well as eastern Indonesia, New Guinea and, rarely, the Solomon Islands. In Australia it is widespread, except in desert areas, and breeds throughout most of its range, although southern birds move north to breed.

Rainbow Bee-eaters eat insects, mainly catching bees and wasps, as well as dragonflies, beetles, butterflies and moths. They catch flying insects on the wing and carry them back to a perch to beat them against it before swallowing them. Bees and wasps are rubbed against the perch to remove the stings and venom glands.

Rainbow Bee-eaters gather in small flocks before returning to summer breeding areas after over-wintering in the north (apart from the resident northern populations). Both males and females select a suitable nesting site in a sandy bank and dig a long tunnel (average length: 89.4 cm) leading to a nesting chamber, which is often lined with grasses. Both parents incubate the eggs and both feed the young, sometimes with the assistance of auxiliaries (helpers).

Human activities can disrupt Rainbow Bee-eater nests built in active mines or quarries. Introduced predators such as foxes and wild dogs can dig down into nests to eat nestlings. Sometimes collide with lighthouses when migrating. 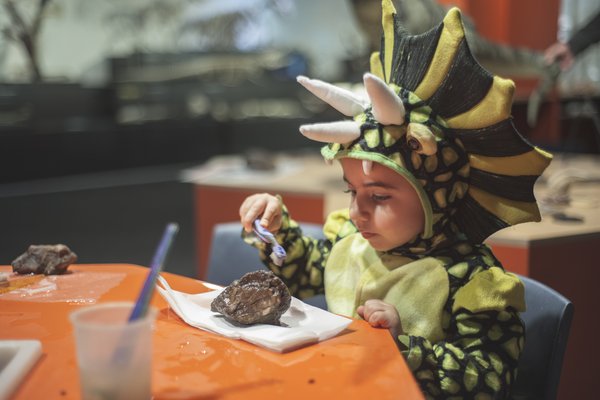 Scientist for a Day
Photography workshops
Find out more 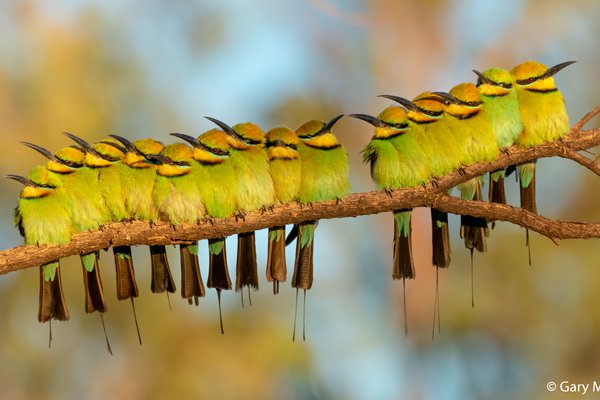 Jumpstart your creativity and learn how to capture nature's best angle in this online photography workshop designed for kids aged 8 to 16 years.