The crown of the Speckled Warbler is black with buff streaks. Between the crown and the white eyebrow is a line that is black in the males and chestnut in the females, the only difference between the two. The dark red eye is prominent in the pale face. The back is mottled dark brown but the underparts are cream with bold black streaks. When it flies, its tail shows a black band with a white tip.

The Speckled Warbler lives in dry sclerophyll forests and woodlands (woodlands have fewer trees than forests) dominated by eucalypts. It is mostly seen on the grassy ground layer, when it is foraging.

The Speckled Warbler is patchily distributed on and inland of the Great Dividing Range, from level with Mackay in Qld, to the Grampians National Park in Victoria.

The Speckled Warbler is sedentary.

The Speckled Warbler feeds on the ground, probing the leaf litter for insects. It will also eat seeds. It feeds in pairs or small parties up to six in number. Occasionally it is seen in mixed feeding flocks with several types of thornbills.

The call of the Speckled Warbler has been described as a soft musucal whistle that is 'sweet, cheerful and pleasing'. It is a good mimic, including parts of the calls of other birds. It also has a rasping, scolding call.

The Speckled Warbler breeds either in pairs or trios of one female and two males, although the second male does not help at the nest. The group defends a territory and the pair bond usually lasts several years. Sometimes several family groups form small flocks over the winter.

Humans have cleared much of the habitat of these birds, and such clearing is on-going. The small fragments of habitat that remain can lose their populations of Speckled Warblers, leading to local extinctions. It is classified as 'vulnerable' in New South Wales. 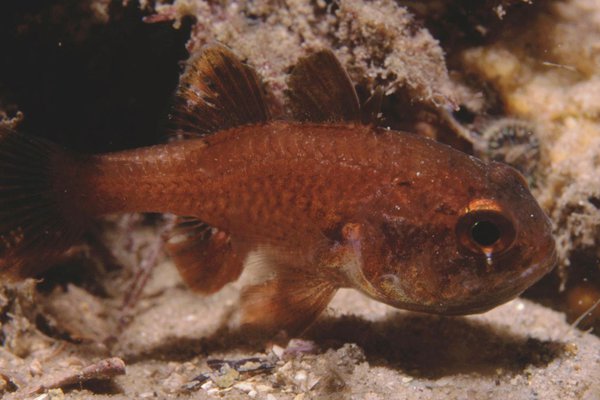 A new species of Leptolalax (Anura: Megophryidae) from central Vietnam

Acanthiza pusilla
Discover more
Back to top
You have reached the end of the page. Thank you for reading.