Leafcutter bees in the genus Megachile are common visitors to Sydney gardens where they feed at a number of different flowering plants. Not all of the species in the genus are leafcutters; some construct nests using resin.

Male Leafcutter Bees have highly modified feet with a number of dark markings. Different species of leafcutter bees have different markings. Females usually have stout mandibles for cutting leaves, large heads in proportion to the body, and stout parallel-sided abdomens.

Leafcutter Bees are found in all states and mainland territories. A single species is found on Lord Howe Island.

Gardeners may notice circular holes in soft-leaved plants, such as roses. These are made by the female leafcutter bee, which uses the leaf to line her nest. She provides each egg she lays with a pollen and nectar mixture, and leaves the eggs to hatch into grubs, which will eat the provisions before pupating.

It is believed that during courtship the male leafcutter bee passes his feet over the female's eyes in a rubbing motion. She uses the patterns to identify the male as the correct species and potential mate. 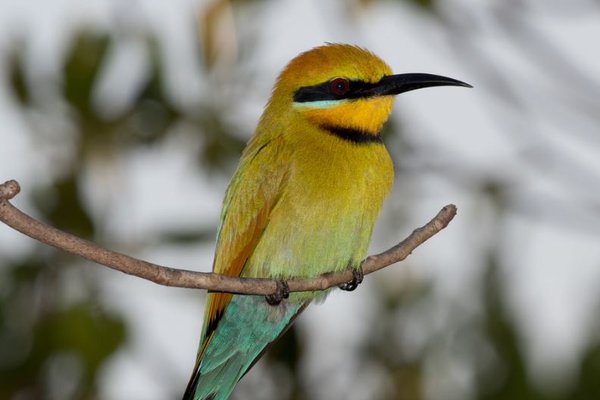