Worms live in many different, often hostile, environments. From hydrothermal vents spewing out poisonous chemicals to the icy cold waters of the Antarctic. Worms are also extremely varied in size, from tiny worms that need a microscope to see up to incredibly long worms taller than a five year old human child!

How much do we actually know about these squishy creatures? Are worms insects or animals?

Are Worms Insects or Animals?

It might surprise you that worms are actually animals, not insects. Interestingly, “are worms insects or animals?” is a more commonly asked question than you would think, with worms having the similarly icky-factor as insects it’s easy to understand why.

Unlike worms, insects have exoskeletons which act like a skeletal support structure and protects the insects’ soft internal organs. Worms breathe through their skin, compared to insects breathing through tiny tubes in their abdomen called tracheae. Worm skin is made up of collagen and does not molt in comparison to insects’ exoskeleton which is made up of chitin and molts at certain stages of their life cycle.

It can be especially confusing because many insects have picked up worm-related names, for example, tequila worm, silk worm, glow worm and inchworms are all actually insects and not worms.

Worms are divided into three groups: the flatworm, the roundworm, and the segmented worm. Flatworms are soft, unsegmented invertebrates. They do not have specialised respiratory systems so it restricts them to this flat shape to allow them to breathe. Flatworms have only one body cavity through which they eat and excrete waste. Roundworms, on the other hand, have openings on both ends of their bodies, to eat from one end and excrete waste from another. Segmented worms have parapodia, which are protrusions, that help the worms move around. Each segment of the worm has the same, repetitive set of organs.

In answering the question, are worms insects or animals, we can deduce that worms are definitely animals.

Divers recently discovered a new species of worm in the depths of the Antarctic ocean. This new worm was nicknamed the “bone-eating worm” because they eat dead whale bones in the bottom of the ice-cold waters of the Antarctic. Bone-eating worms, scientifically known as Osedax antarcticus, secrete acid to dissolve the hard calcium from the bones of a whale carcass in order to feed on the fatty lipids it needs to survive.

Greeffiella roundworm is the Guiness World Record holder for the smallest worm in the world, measuring at merely 80 micrometres long! It is also completely transparent, which makes it easy for scientists to study the worm’s anatomy.

Despite what you may have heard, not all worms are long and squishy. The pig butt worm, Chaetopterus pugaporcinus, has two inflated sections that looks very much like a butt. This round shape allows it to float along with the ocean’s current where it lives.

Many fishermen use the technique of worm charming to attract worms from the ground. People have used a variety of techniques to vibrate the ground, such as tap dancing, strumming the guitar, or hitting the ground with a wooden stake.The vibrations alert the worms on the presence of predators, simulating the conditions of a digging mole, an animal which preys on earthworms. The world record for worm charming is held by a 10 year old girl, Sophie Smith, who raised 567 worms from the ground during the 2009 Britain’s World’s Worm Charming Championship! 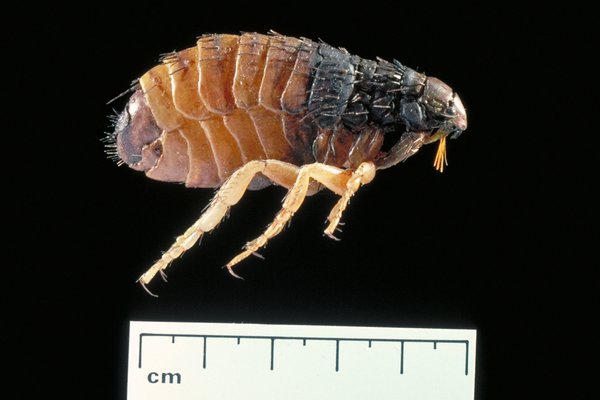 Well known examples of parasites to those who have domestic pets are fleas and tapeworms.