Over 3 million years ago

There is scant evidence from this time regarding our ancestors' tool use or tool manufacturing abilities. However, it is believed that the earliest known stone tool technology (known as Oldowan) exhibits a degree of manufacturing ability that suggests it developed from an earlier technology yet to be discovered or recognised in the archaeologial record.

This belief is supported by evidence uncovered from Dikika in Ethiopia. In 2010, fossil bones bearing cut marks were found dating to about 3.4 million years old. These bones show clear evidence of stone tools being used to remove flesh and to possibly smash bone in order to obtain marrow. No actual tools were found so it is not known whether the 'tools' were deliberately modified or just usefully-shaped stones. Although no hominin remains were found at the site, the discoverers believe Australopithecus afarensis was responsible for the cut marks as no other hominin species dating to this period have been found in this region.

Early tool use among our ancestors was probably rare and it is likely that they were using very simple tools similar to those made and used by modern chimpanzees today. These include: 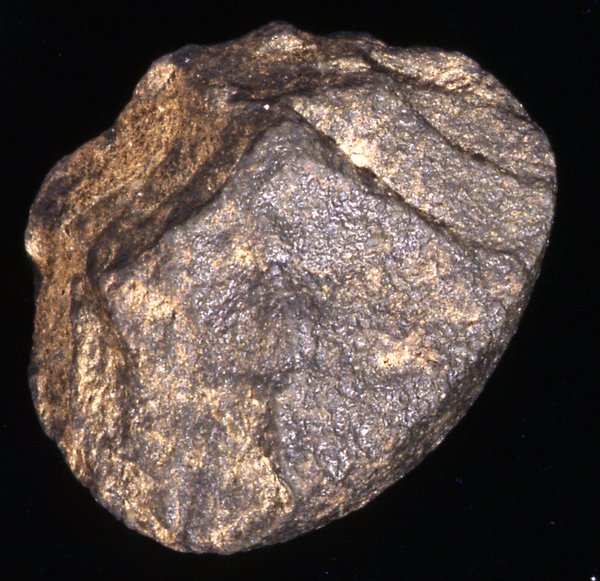 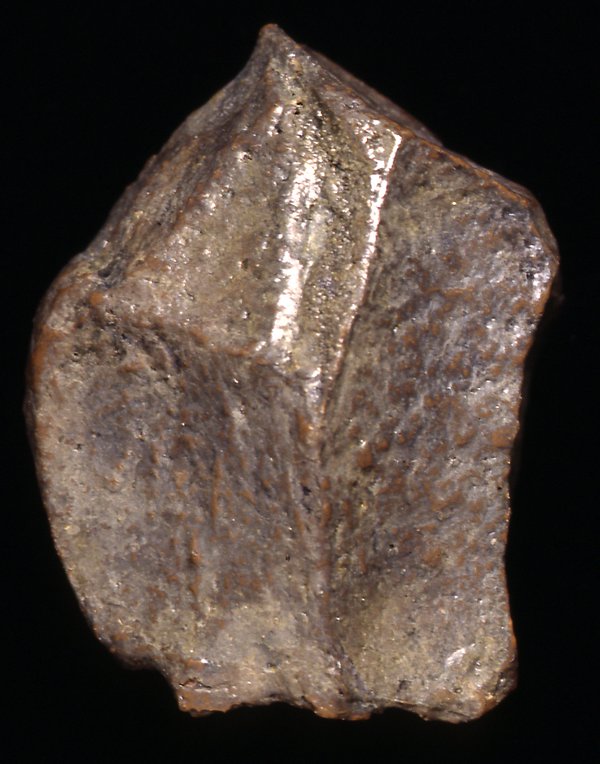 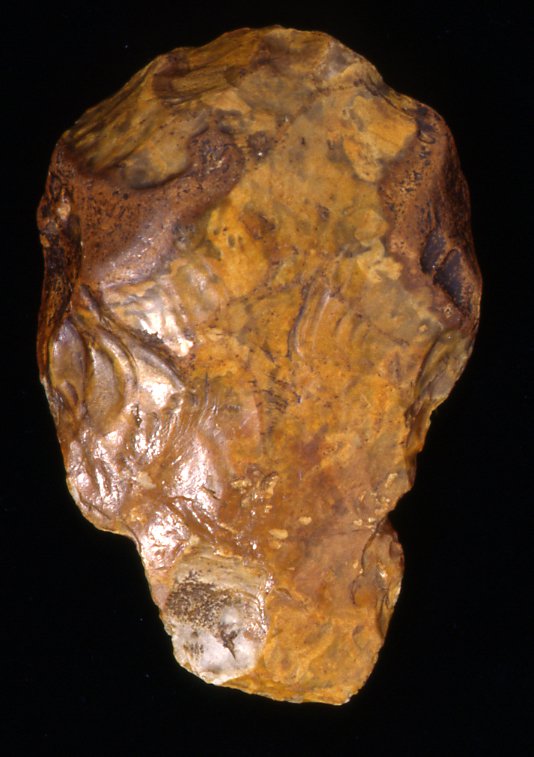 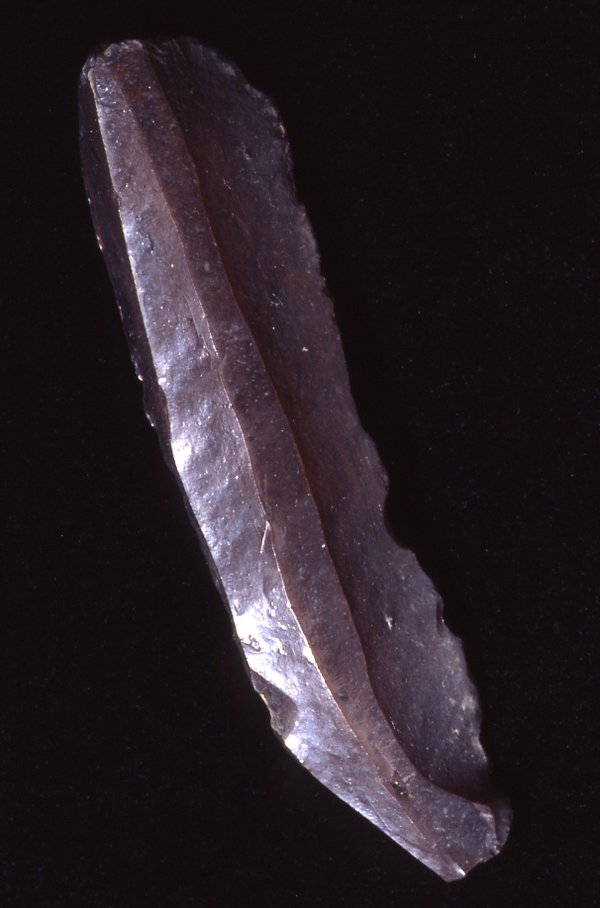 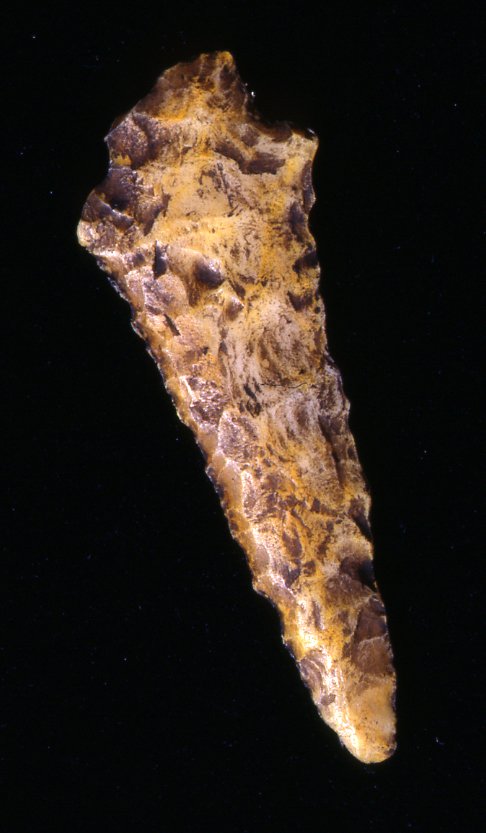 By 2.6 million years ago, early humans in east Africa were making simple stone tools that were a simple progression from the use of sticks and natural, unmodified stones that our earliest ancestors probably used. This is known as Mode 1 technology or Oldowan (as the first discoveries of these tools occurred at Oldoway (now Olduvai) Gorge, Tanzania in east Africa). These tools were made by striking a rounded lava cobble stone or a piece of quartz (known as the core) with a hammerstone to remove a number of rock fragments (flakes) and produced a variety of tools including choppers, core tools and smaller flakes used as scrapers.

It is uncertain who the makers of these earliest stone tools were. The tool makers may have been early populations of Homo habilis or they may have been made by another species. One such candidate is represented by the fossil AL 666-1, which has been provisionally named Homo sp. (meaning a human whose species is currently unknown). Australopithecus garhi has been suggested as responsible for cut marks that appear on 2.5-million-year-old bones in Ethiopia.

The earliest tools are very simple and can often be mistaken for chipped rocks. Archaeologists recognise that they are man-made because:

Although Oldowan tools may look relatively simple, they show that their creators had the ability to plan, exhibited spatial coordination and were manually dexterous. This suggests that tool manufacture may have been occurring long before the Oldowan technology but has yet to be recognised in the archaeologial record.

By 1.5 million years ago, large hand axes, pointed picks and straight-edged cleavers were being produced using bifacial shaping in which flakes were removed from both the upper and lower surfaces of a flattened core. This process produced tools that retained their sharp edges longer than earlier types of tools. They were also suitable for heavy duty work including processing bones for marrow, butchering large mammals and woodworking. Microscopic examination has shown their tools were mainly used on meat, bone, animal hides and wood.

This technology is known as Mode 2 or Acheulean after the site of St Acheul in France where similar tools were first discovered during the 1800s. This new technology was developed by Homo ergaster in Africa and was an improvement on the very simple stone choppers (Mode 1 technology) that earlier ancestors such as Homo habilis had been using for about one million years. There was a tendency to exploit nearby rock sources during this period rather than searching abroad for higher quality raw material.

Later, Homo heidelbergensis continued to use this technology in Africa and they also took this technology with them when they spread into Eurasia. One of the richest Acheulean stone tool sites in Africa is Olorgesailie, Kenya. Dating shows these tools were made over 700,000 years ago and they may even be up to 900,000 years old.

Fire may have been used as long as 1.5 million years ago for cooking and warmth but whether this was a controlled use of fire is not certain. Charcoal, burnt earth, and charred bones found associated with Homo ergaster fossils may have resulted from naturally occurring fires rather than from intentionally lit and controlled fires. Better evidence for controlled use of fire appears about 500,000 years ago.

The oldest wooden artefacts date to 800,000 years old. However, organic material has poor rates of preservation so it is likely that wooden tools were first created long before this time.

A new method of tool production started to develop 250,000 years ago. Cores were first prepared to a desired size and shape before flakes were struck from them and refined into a variety of small tools. This is called Mode 3 technology or Mousterian.

Initially, Homo sapiens made stone tools such as flakes, scrapers and points that were similar in design to those made by the Neanderthals (Homo neanderthalensis). This technology appeared about 250,000 years ago, coinciding with the probable first appearance of early Homo sapiens. It required an ability for abstract thought to mentally plan a series of steps that could then be executed. Only a small number of tools were produced from each core (the original stone selected for shaping) but the tools produced by this prepared-core method maximised the cutting edge available.

Historically, archaeologists used different terminologies for Lower Palaeolithic cultures in different parts of the world. Many of these terms are now consolidated within the Mode 3 technology to emphasise the similarities between these technologies.

As more sophisticated techniques developed in some parts of the world from about 100,000 years ago, this early Mode 3 technology was replaced by either Mode 4 or Mode 5 technology.

Mode 4 technology first appeared in Africa about 100,000 years ago. It is characterised by the production of long, thin stone flakes that were shaped into long blade knives, spearheads and other tools.

Mode 5 was a more advanced technology than Mode 4 and specialised in the production of very small blades (microliths) that were often used in composite tools having several parts. These tools included small-headed arrows, barbed spears and sickles. Regional variation in these tool cultures developed with an influx of new styles and techniques especially within the last 40,000 years, such as the Magdalenian and Aurignacian. Mode 5 was also characterised by the:

Homo sapiens developed highly sophisticated methods of controlling of fire, including complex hearths, pits and kilns, about 30,000 years ago. 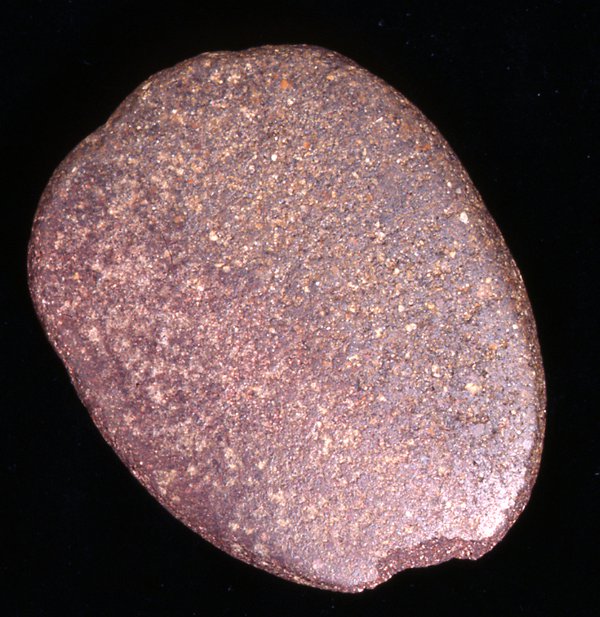 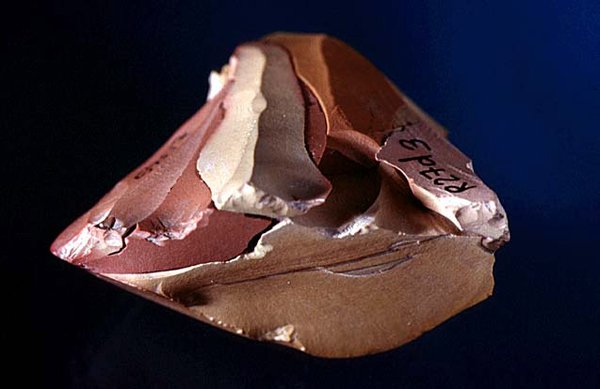 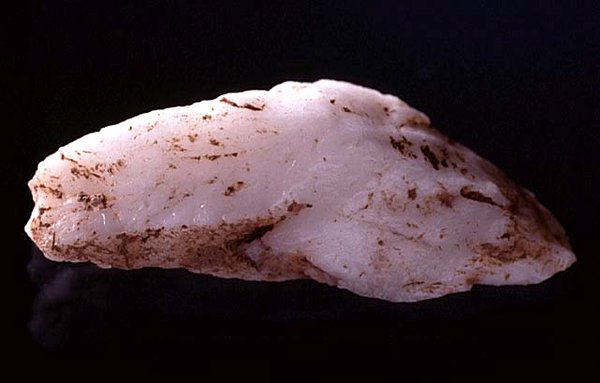 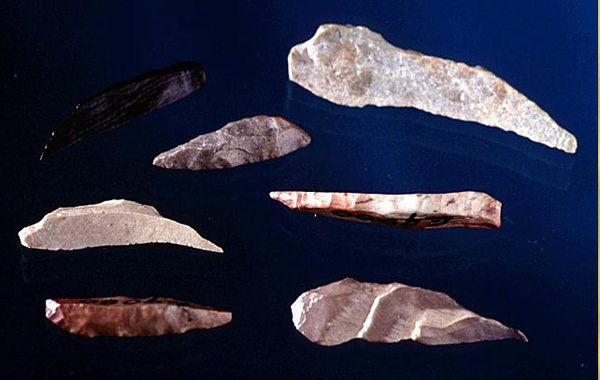 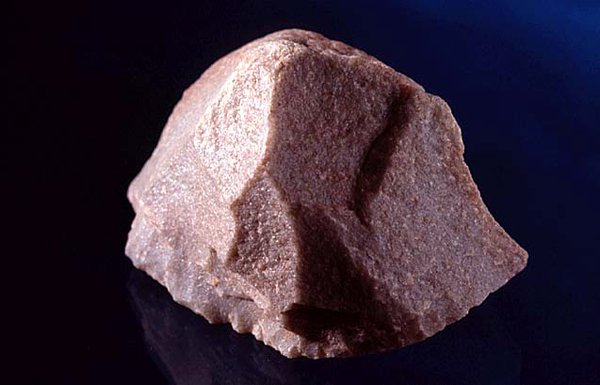 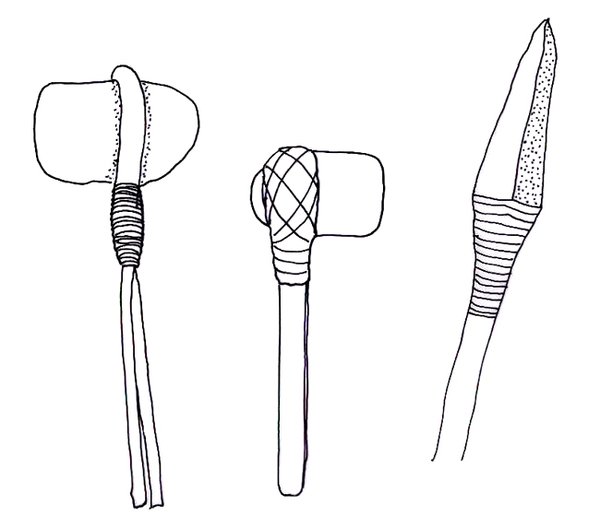 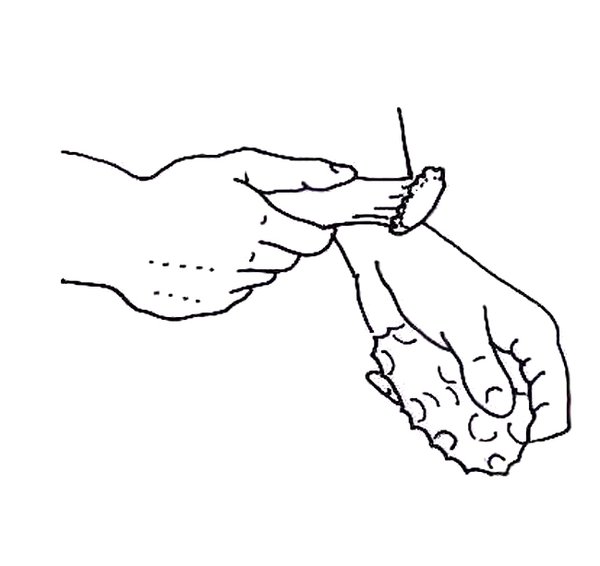 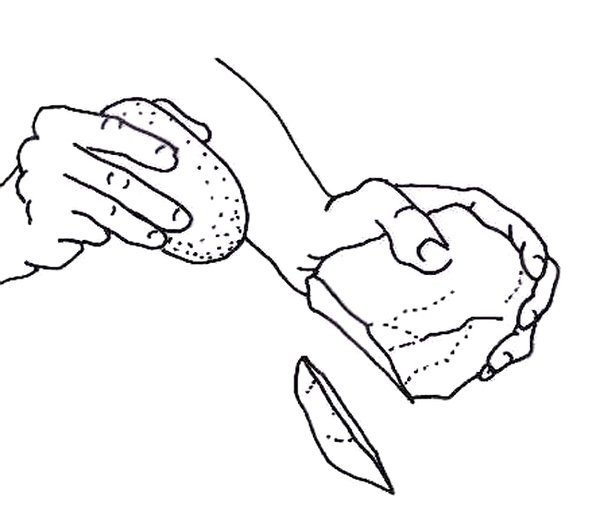 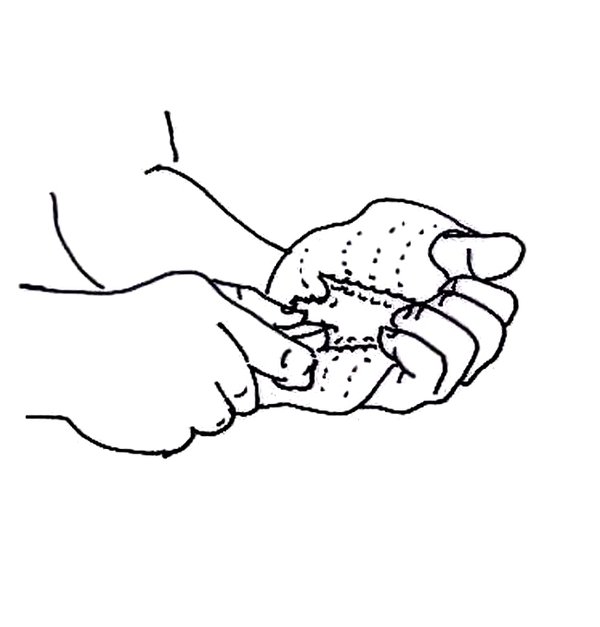 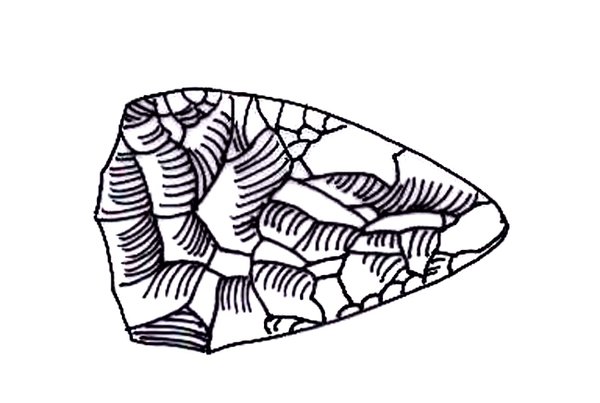