Why is Naracoorte important?

The Pleistocene fossil vertebrate deposits of Victoria Fossil Cave at Naracoorte are considered to be Australia's largest and best preserved (Wells et al. 1984), and one of the richest deposits in the world (Wells, 1975).
Visitors to these spectacular limestone formations in Naracoorte Caves for over a century were unaware that nearby in hidden chambers a detailed record of the local fauna had been steadily accumulating for more than 3000 centuries. Cave explorer Grant Gartrell and palaeontologist Rod Wells of Flinders University were exploring Victoria Cave hoping to find fossil bones when they broke through to a concealed passageway. In the unexplored caverns beyond they discovered the largest, most diverse and best preserved Pleistocene vertebrate fossil assemblage in Australia in what is now known as the Fossil Chamber. Because of the extraordinary richness and potential of these fossil deposits, the Naracoorte Caves were declared a World Heritage site in 1994.

Key stages in the evolution of the Australian climate and biota are included in the time span represented by the Naracoorte assemblage, including the period during which humans first arrived in Australia. The continent was becoming increasingly cool and dry, with occasional periods of warmer, wetter climate towards the Late Pleistocene. The dry and wet periods correspond to glacial and interglacial periods respectively on the other continents. These climatic changes, in particular increasing aridity, had profound effects on the Australian fauna and flora. By 15,000 years ago a significant number of large mammal species had become extinct.

For more than 300,000 years sediment and animal bones filled the Fossil Chamber through an opening in the ceiling, forming an enormous cone-shaped pile. The cave acted like a huge natural pitfall trap: animals that fell in were unable to escape through the high entrance and died, their skeletons lying nearly undisturbed for millennia. As the cone grew, fans of sediment and animal bones spread out over the cave floor. The sediment pile eventually grew up to the ceiling and blocked the entrance about 15,000 years ago, sealing the cave and its contents until discovery. Over nearly 30 years of excavation and research more than 5000 catalogued specimens have been excavated from only 4% of what is estimated to be a staggering 5000 tonnes of bone-rich sediment.
From the 3m - 4m deep fossil bed, tens of thousands of specimens representing at least 93 vertebrate species have been recovered, ranging in size from very small frogs to buffalo-sized marsupials. These include superbly preserved examples of the Australian Ice-Age megafauna as well as modern species such as the Tasmanian Devil and Thylacine, wallabies, possums, bettongs, mice, bats, snakes, parrots, turtles, lizards and frogs. The fossil material includes complete postcranial remains (many of which are partially articulated) and skulls so well preserved that even the most delicate bones are still intact.

Subsequent exploration of the cave system has resulted in the discovery of more bone-rich caverns, including the Upper and Lower Ossuaries, which have lain undisturbed for tens of thousands of years. Nobody knows the extent of the Naracoorte Cave system. There may be more hidden fossil-rich chambers awaiting discovery.

The Naracoorte fauna includes elements of the extinct Australian megafauna. During the Late Tertiary and Pleistocene there was a trend of increasing body size in animal species. The ancestors of modern species were larger then, and some species that are now extinct were very big. Zygomaturus trilobus and the marsupial 'tapir' Palorchestes azael were large marsupial herbivores. They browsed alongside giant kangaroos such as Macropus titan, a giant form of the Grey Kangaroo and Procoptodon goliah, a hoof-toed Giant Short-faced Kangaroo that could reach 3m. Wonambi naracoortensis, a gigantic snake, searched for prey along with Thylacinus cynocephalus, the Tasmanian Tiger, Sarcophilus harrisii, the Tasmanian Devil, and Thylacoleo carnifex, the leopard-sized marsupial lion. 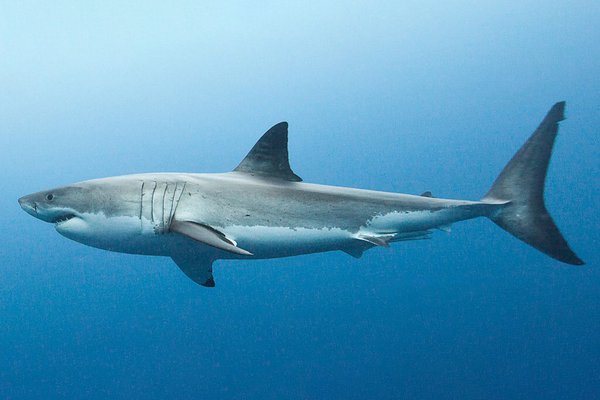 Palorchestes azeal
Discover more
Back to top
You have reached the end of the page. Thank you for reading.