The Grenfell fossil site near the town of Grenfell, New South Wales. The locality was first discovered in the late 1970s by a student doing a field work project in the area. He contacted Alex Ritchie at the Australian Museum, who has been collecting at this site and others nearby for nearly 20 years. Gavin Young, of the Australian National University, Canberra has also collected the Hunter Siltstone.

Why is Grenfell important?

The Grenfell fauna represents the youngest Devonian locality in New South Wales, and includes a wide variety of placoderm, acanthodian and sarcopterygian fishes. The Hunter Siltstone outcrops extensively in the hills around Grenfell, making the fauna itself nearly inexhaustible. The fishes preserved in this fauna are largely disarticulated so that the material recovered is separate placoderm plates, bones, scales toothplates, etc. This represents a very different mode of preservation from that seen in the Canowindra fauna, signalling transport after death in moving water, perhaps a river or stream. However, the Grenfell fossils aren't damaged or broken to a great extent, so the time or distance these were transported would not have been great.

Other sarcopterygians from the Hunter Siltstone include the lungfish Adelargo schultzei, known from skull material, vertebrae, ribs, scales, upper and lower jaw toothplates, and parasphenoids with a long posterior stalk.

Along with Eusthenodon gavini, the sarcopterygians Yarimba thomsoni, Grenfellia meemanae and Holoptychius sp. are also present. Holoptychius is known only from its very distinct scales; a second scale morphology is also present which may be similar to scales recently identified from Estonia. Grenfellia meemanae is known only from a partial shoulder girdle. The ornament covering the external bony surface of this girdle is very unusual and more reminiscent of a placoderm ornament.

The placoderms Bothriolepis and Remigolepis have been described from the Hunter Siltstone (Johanson 1997) and Groenlandaspis is also present. These three taxa are known from Devonian faunas around the world. A fourth placoderm, Grenfellaspis branagani, is unusual in having its ventral trunk region largely open (i.e., covered only with skin), while in most other placoderms, this part of the trunk is covered in bony plate. Grenfellaspis belongs to a group of placoderms known as the Sinolepidae (Ritchie et al., 1992); sinolepids are otherwise only known from China and Vietnam.

Biogeographic relationships of the Grenfell fauna and eastern Australia during the Late Devonian were largely based on the distribution of the Sinolepidae. Taxa such as the sarcopterygians Eusthenodon and Holoptychius are well known from European and North American localities, but so far, not described from China. This may be due to the small number of sarcopterygians described, and future work may show that these taxa are also known from China. 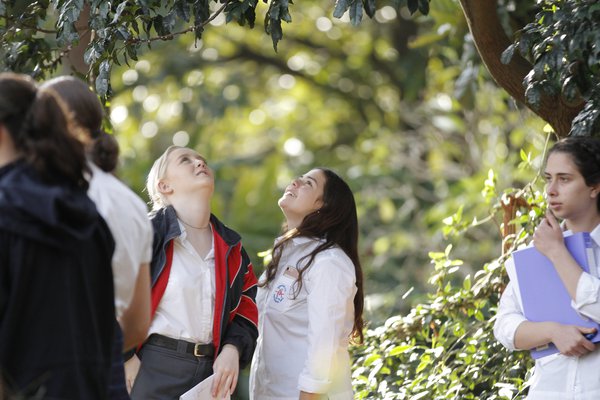 The Sinolepidae, a family of antiarchs (placoderm fishes) from the Devonian of South China and eastern Australia