Patterns of trophic transmission of digenean trematodes in fishes of the Great Barrier Reef
*Abigail Downie (University of Queensland, April)

Do the most conspicuous nudibranchs contain the most toxic chemicals?
*Fabio Cortesi (University of Queensland, April/ May)

Personality in the context of cooperative behaviour in cleaner fish
*Laetitia Brun (University of Neuchatel, May to August)

Applying game theory and cognition to a cleaning mutualism
*Ana Pinto (University of Neuchatel, May to August)

Do cleaner fish influence predators' behaviour towards prey?
*Diane Rappaz (University of Neuchatel, May to July)

Social dilemma in fish: how do reef fish deal with a sabretooth blenny?
*Andrea Bshary (University of Neuchatel, June/ July)

The effect of cooperative behaviour on the brain cell expression of AVT and IT receptors of male and female cleanerfish
Dr Marta Soares (Instituto Superior de Psicologia Lisbon, June/ July)

Role of hypodermic injections as mate-manipulation in the sea slug Siphopteron quadrispinosum
*Tobias Gerlach (University of Tuebingen, October to December)

The information provided here is the Lizard Island Research Station's interpretation of permitting requirements as they apply to work at Lizard Island.

Revisioning the Physical and On-line Museum: A Partnership with the Coalition of Knowledge Building Schools 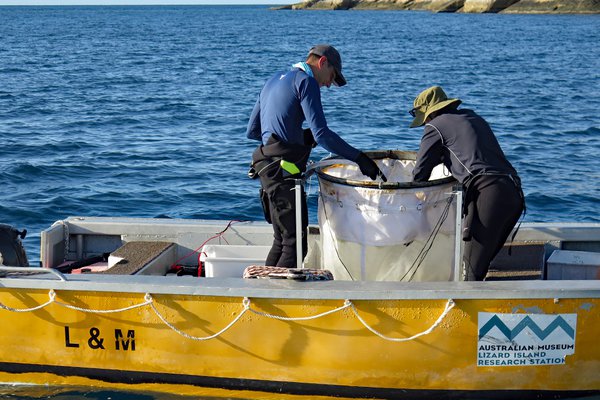