The late 1870's was a busy time for the Australian Museum, as it came of age scientifically and internationally. The Curators and Trustees were well travelled and versed in the global museum scene. There had been loans and research trips to international exhibitions in Paris, London and Philadelphia, and Curator Edward Ramsay was sponsoring collectors in Australia and New Guinea. Trustee Professor Liversidge was enlarging the mineral collection, and the Exchange Committee were overseeing an active program of exchanges with museums and private collectors.

But space and staffing issues were a problem. The rapidly accumulating collections were disorganized and uncatalogued, so in 1875 a daily register of specimens received was begun. Furthermore, collections were acquired for display, not storage, and there was an urgent need for new case furniture.

The request to loan the entire ethnological collection to the Sydney International Exhibition at the Garden Palace in 1879 was fortuitous and the Trustees readily agreed. With hindsight this was a catastrophic decision, because the items remained there after the exhibition closed to become the foundation collection for the ethnological gallery of a new museum, which in 1882 was destroyed by fire.

Before the magnificent Garden Palace took shape in the Sydney Domain, the Australian Museum Trustees were lobbying for the formation of a new branch museum.

On 6 August 1878 they met to discuss the formation of the Technological, Industrial and Sanitary Museum, (which later became the Powerhouse Museum). The Museum was formally established as a branch of the Australian Museum in May 1880 and in September the same year the Museum sought permanent accommodation in the Garden Palace and funds for acquisition. The collecting scope included categories similar to those which had been shown at the Exhibition and donations came from exhibitors and also from the Melbourne Centennial Exhibition of 1880. The government set aside almost 3000 square meters in the south western portion of the Garden Palace for the new museum. More cultures collections were acquired over the next two years and on June 6, 1882, the Trust agreed to transfer all the Australian Museum’s ethnological collections from the main building to the Garden Palace for exhibition and storage.

Only a few months later, on September 22 1882, and just weeks before it was to be re-opened, the Garden Palace and its new museums burnt down. The few surviving technological exhibits were moved to the agricultural hall remaining from the exhibition. By 1883, the Australian Museum had severed links with the Technological Museum. Ethnology collecting was resumed with major purchases from the Pacific and those collections remained with the main Australian Museum.

Our first Ethnology listing is a rare surviving witness to the Garden Palace Ethnology Court. 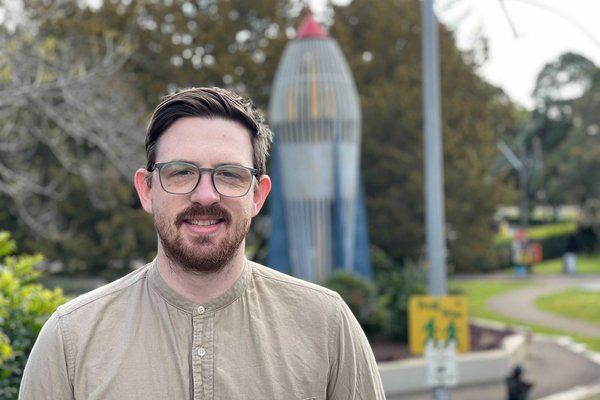 15 September 2021
Read more
Back to top
You have reached the end of the page. Thank you for reading.