While he had no formal scientific qualifications, Edward Ramsay wrote a large number of papers and was an avid collector, mainly of birds. He was founding treasurer of the Entomological Society of New South Wales in 1862, where he exhibited specimens, made a Life Member of the Royal Society of NSW at its inception in 1865, and became a corresponding member of the Zoological Society, London in 1866.

Ramsay was in close contact with prominent English zoologists including John Gould and Sir Richard Owen. He was a founding member of the Linnean Society of New South Wales in 1874 and a member of its council from its inception until 1892.

Ramsay was a favourite of the Board of Trustees, and after the removal of Krefft in 1874 was appointed as Curator. Ramsay was responsible for a significant increase in the collections; the 17,600 additional bird skins included the ‘Dobroyde Collection’ made by Ramsay and his brothers.

As well as ornithology he worked in the areas of icthyology, herpetology, mammalogy and botany. Ramsay’s Catalogue of the Australian Birds in the Australian Museum at Sydney was published in four parts between 1876 and 1894, and in 1890 he began publishing Records of the Australian Museum. His Hints for the Preservation of Specimens of Natural History, for Museum Purposes (1876) went into several editions.

Growth of the Museum

In 1883 Ramsay visited London as official representative for NSW and Tasmania at the Great International Fisheries Exhibition and negotiated the purchase of Dr Francis Day’s collection of Indian fishes for the Museum. During his tenure the third floor was added to the original museum building and a new hall for ethnology built. He also increased the number of scientific staff.

Illness forced Ramsay to resign his curatorship in December 1894 but he became consulting ornithologist to the museum until 1909.

After a slow start, the Museum's collection of fishes has grown to provide a comprehensive resource for research scientists.

Catalogue of the Echinodermata in the Australian Museum / by E.P. Ramsay. Part 1., Echini, Desmosticha and Petalosticha. 2nd edition. 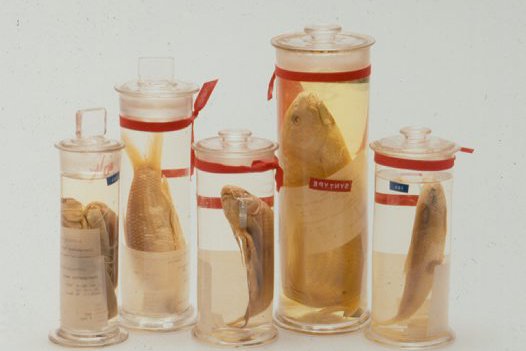 The fish collection of Francis Day

In 1883, one of the most impressive fish collections to be acquired by the Australian Museum was bought from Dr Francis Day for 200 pounds.