Until the 1860s the majority of natural history specimens collected in Australia were sent overseas. When Gerard Krefft was employed at the Museum, first as Sub-Curator then as Curator, he changed focus to Australia and considerable collections were built up during his time here. In 1862 he published the List of Australian Reptiles and Fresh Water Fishes in the Collection of the Australian Museum Sydney which noted 21 species of fish. Although fish were not his primary interest, the fish collection increased steadily during his tenure, and Krefft is particularly noted for his discovery and description of the Queensland lungfish in 1870.

Edward Ramsay, who succeeded Krefft as Museum Curator in 1874, continued to build the Fish Collection and helped to greatly raise its profile.  His main interest was ornithology but he wrote 30 papers on fish, many co-authored with James Ogilby who was the Museum’s first Curator of Fishes. Ramsay purchased the Francis Day collection of Indian Fishes, an important collection that had been built-up over a twenty year period. It was something of a coup for Ramsay to secure this collection for the Australian Museum.

After the departure of James Ogilby in 1890, the Fish section was amalgamated with Reptiles and Batrachians until the arrival of Edgar Waite, when Ichthyology became a separate area of study once more. It has remained so ever since, although the restructure of 2004 saw Ichthyology become part of the Science and Collections Division, later the Research and Collections Division. This division was sub-divided into three branches, with the former research scientists from Ichthyology moved to the Research Branch (Marine) and the collection to the Natural Science Collections Branch (Ichthyology).

Over the life of the Ichthyology collection, the Museum has employed scientists who have added substantially to their area of study, many of whom became Curators or Collection Managers (see table). In 1979 Jeff Leis began his association with the Australian Museum as a Queen Elizabeth II Fellow in Marine Science. He joined the permanent staff in 1987 as a Senior Research Scientist, and progressed from there to his current position of Senior Principal Research Scientist. The more than 130 research papers he published in the interim, the majority as senior author, have made a significant contribution to Ichthyology, particularly in the field of larval behaviour.

The collection registers listed in the following table detail the various registration systems that have been implemented over the years.


Endeavour Register ‘E’ prefix - register of specimens, including fish, collected during expeditions carried out in the Endeavour, a Commonwealth Fishery Investigation Vessel
[Australian Museum staff assisted in the expedition]


By 1989 the computer registration of the whole fish collection was complete bringing together the diverse cataloguing systems that had complicated life for researchers in the 1960s.

Studies in ichthyology. No. 16

Ichthyology at the Australian Museum: Collections, Databases and the Web

Studies in ichthyology. No. 11

Studies in ichthyology. No. 1

Studies in ichthyology. No. 9

Studies in ichthyology. No. 14 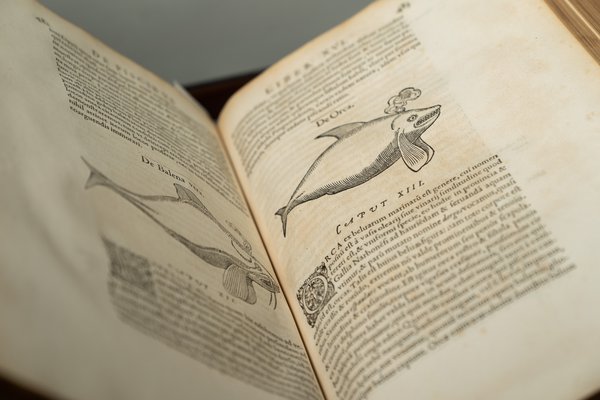 Studies in ichthyology. No. 8