From Shark Bay to Fiji and Cooper Creek to China.

The Australian Museum’s early anthropology collections are not well documented, but date back to the first half of the 19th century. In the 1830s nearly 50 Aboriginal artefacts from western New South Wales were collected and donated to the Museum by Thomas Mitchell, Surveyor General and explorer. In 1836 about 50 artefacts collected in Torres Strait were deposited at the Museum by Commander Morgan Lewis and marine explorer Phillip Parker King.

It is hard to find information about the collecting efforts in the 1840s, but in the following decade the Australian Museum behaves as an active and confident player. It purchased a sizable collection of artefacts from the French missionary settlement on Woodlark Island in the eastern Milne Bay Province of Papua New Guinea. It also entered into correspondence with some overseas museums in order to exchange the Australian specimens and artefacts for those of other countries: 'A measure which will, doubtless, tend materially to the increase of the collections.' Among these pioneer exchange partners were the Museum of Vienna, the African Museum in Cape Town, the Natural History Museum in Hamburg and the Royal Museum of Copenhagen, as well as Jules Pierre Verreaux – French botanist and ornithologists, an influential collector and treader associated with the Paris Museum.

At the same time the Australian Museum was reaffirming its commitment to maintaining an exhibition of Aboriginal and Pacific artefacts. From the 1850s through to the 1870s the Museum continued to acquire artefacts from indigenous people of our region, ranging from New Caledonia to Fiji, Solomon Islands and New Guinea, as well as remote Australia – Shark Bay, Cooper Creek, Paroo River and Port Essington. But it did not stop there. Far from being parochial, the Museum ventured into the acquisition of collections from Asia, Africa, Europe and the Americas.

In 1879 the Museum was able to put on an impressive display of about 2,000 artefacts for the International Exhibition held in Garden Palace in Sydney. Through this exhibition it defined the area of its interest which included Australian indigenous cultures, New Guinea and major Pacific islands. But it also included China, Borneo and Timor as well as ancient Egypt, classical Rome and pre-Columbian Peru.

It is interesting to read, in the Museum’s annual reports, the notes about collected artefacts such as obsidian from New Britain, a carved betel box from Bali, a pair of Malay slippers and a brick from the Great Wall of China. These acquisitions reflected, in somewhat simplistic way, the Museum’s interests and ambitions as a cultural institution.

The Garden Palace fire of 1882 disrupted this pioneering period of the Museum’s anthropology work and destroyed the bulk of its collections. But the Museum continued to be ambitious and in the last two decades of the 19th century acquired nearly 30,000 artefacts, 10 times more than in the previous 50 years.

Early agriculture in the highlands of New Guinea: an assessment of Phase 1 at Kuk Swamp. In A Pacific Odyssey: Archaeology and Anthropology in the Western Pacific. Papers in Honour of Jim Specht

Walpole, a "Mystery Island" in southeast New Caledonia? In A Pacific Odyssey: Archaeology and Anthropology in the Western Pacific. Papers in Honour of Jim Specht 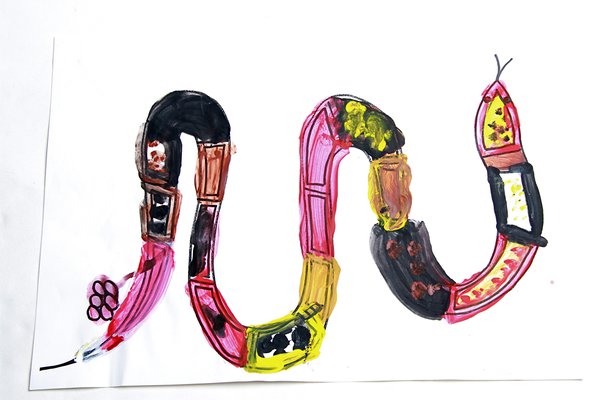 Anthropology for the People

Beyond racial classification and exclusion.