Nanotyrannus lancensis is a small tyrannosaur. First found in 1942 and thought to be a Gorgosaurus, it was reclassified in 1988. Debate still rages over whether this species name is valid, or if the specimen is actually a juvenile T. rex - which is the favoured viewpoint.

Nanotyrannus has a broad, boxy back of the skull, a thin snout, blade-like teeth, an elongated antorbital fenestra (longer eye socket) and a straight orbital margin of the jugal (cheek bone). It also has a small pit in the quadratojugal bone (a small jaw bone that lies near the cheek area) that appears to be a unique feature.

At first scientists thought the small but nearly complete skull belonged to a young Gorgosaurus but, in 1988, the dinosaur was given a new species name, Nanotyrannus. Just over a decade later, closer analysis revealed the skull bones were not yet fused, so the specimen may be a juvenile. Basing a species on a juvenile specimen is problematic as animals can change considerably as they mature. Many consider it a young T. rex although others claim it’s a different species as, amongst other features, it had more teeth than T. rex.

The debate may be resolved with the discovery in Montana of spectacular new fossils of a Nanotyrannus and ceratopsian, who died locked in combat. This could be the best evidence yet that this predator may be new species, rather than a juvenile T. rex. Fortunately, the specimen has ended up in the North Carolina Museum of Natural Sciences in 2020 after a long legal battle. This will allow scientists to study the specimen after almost a decade of being hidden away.

Nanotyrannus, whether a juvenile T. rex or valid species, lived in the same area of western North America at the same time as T. rex. At this time, much of the region was covered with a shallow inland sea, with the Rocky Mountains rising in the far west. The climate tended to be damp and warm year-round. Forests of oak, birch, conifer and magnolia dominated the land, along with coastal swamps of ferns, cypress and sequoia-like trees. Animal life included many we would recognise today, such as birds, insects, snakes, crocodiles, amphibians and small mammals, alongside such plant-eating dinosaurs as Triceratops, hadrosaurs and ankylosaurs.

This theropod lived in what is now Montana, USA, about 68-66 million years ago during the Late Cretaceous Period.

Nanotyrannus, like other tyrannosaurs, was a predator, with serrated-edged teeth that were great for slicing and eating flesh. They had stereoscopic vision, like most predators, and were probably quite very agile.

First found in 1942 by American palaeontologist David H Dunkle, a skull of this tyrannosaur were originally identified as a Gorgosaurus lancensis by Charles Gilmore in 1942. It was later informally tagged 'Clevelanotyrannus' by Phil Currie in 1987, and then given its current title by Robert T Bakker in 1988. Bakker believed the skull bones were fused, so therefore represented an adult specimen. However, in other aspects it looked all Tyrannosaurus - apart from being around half the length and one tenth the mass. In 1999, further analysis of the specimen cast doubt on the fusion of the skull bones, suggesting it was a juvenile.

In 2001, a more complete juvenile tyrannosaur dubbed 'Jane' did her bit to stir the pot and, as a result of later research, doubts have been cast on the status of Nanotyrannus as a valid genus. Many experts including Phil Currie, Michael Williams, Donald Henderson and Bakker himself are currently involved in a 'battle royale' about the species' status.

Current fossil material is two skeletons, both juveniles. The second specimen is currently under study, which may help clarify identity. Stay tuned.

Nanotyrannus, a new genus of pygmy tyrannosaur, from the latest Cretaceous of Montana. R T Bakker and M Williams. 1988. 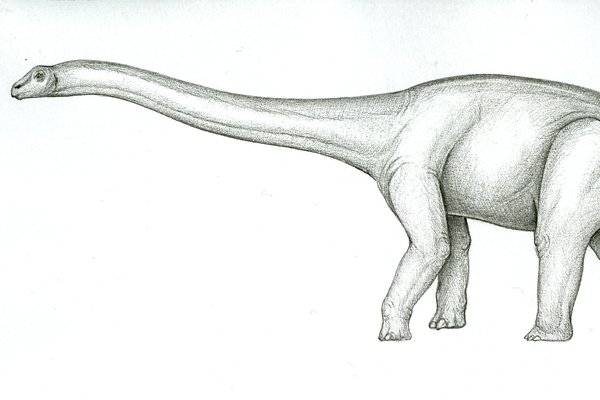