The intricately designed batik cloths have become synonymous with Javanese culture and tradition. While beautiful fabrics have a practical everyday use for the Javanese people, the batik patterns reflect a long and complex Javanese history. Since early Buddhist and Hindu cultural traditions in Java, textile designs have been carefully regulated to indicate social status. Various prohibitions have been placed on design. Each new sultan who came to reign over the kingdoms of Java, made rules and forbade the inhabitants from wearing particular batik designs. They also issued decrees on who in the kingdom was to wear particular designs to denote their rank in society. For example Sri Paduka Sultan (Glorious Sultan) HB VIII, who ruled Yogyakarta Sultanate from 1921 to 1939, prohibited many designs, such as the Parang Rusak, the Semen Agung Sawat Garuda, the Semen Agung Sawat Lar, and the Udan Liris. Cloths with these designs were to be used only by the royal family. He further decreed that members of the family of certain ranks were only allowed to wear cloths with particular forbidden designs. For instance, the Parang Rusak (‘broken knife’) design, which resembles a twisted oval shape, could only be worn by those in the Yogyakarta Kraton (the Court) – the royal family. He also decreed that the higher the rank of the wearer the larger the motifs in the pattern could be used, indicating social status by the size of the design.

In the end of 16th century, the majority of the Islands in the region of Java had adopted Islamic faith. This change strongly influenced Javanese textile designs as Islam forbids the depiction of humans and animals. This prohibition brought about a variety of stylised and modified ornaments as symbols, such as flowers and geometric patterns, known as ceplok. The ceplok patterns were the way in which batik makers attempted to get around the prohibition, creating simple elements which represented animals and people in a non-realistic form.

Batik – the word is of Javanese and Indonesian origin and describes the coloured fabric and process of producing patterns by using fabric dyes and wax in the creation of the design. Multi-coloured batik allows for the production of complex patterns, akin to paintings.

Some unusal cylindro-conical stones from New South Wales and Java 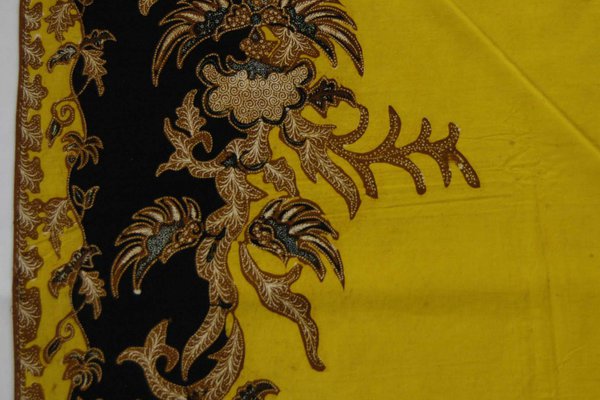 The word is of Javanese and Indonesian origin and describes the coloured fabric and process of producing patterns by using fabric dyes and wax in the creation of the design. Multi-coloured batik allows for the production of complex patterns, akin to paintings.

Mimicry of a Paederus species (Coleoptera, Staphylinidae) by a species of Languriinae (Coleoptera, Languriidae) in Java