During the twentieth century, Aboriginal people of south-east Australia and the Carnarvon region of Western Australia kept the practice alive. Carving continues today with dozens of artists depicting important animals, people, traditions and scenes from the past or present. Together, these egg-images provide us with a rich visual history - they commemorate, depict and tell stories of Australian traditions, adventure and environment. For Aboriginal Australians, they also reinforce connections to other animals, and especially the emu, as well as to land.

How the pictures are made

First, the egg is pierced at each end so that the yolk can be blown out of the shell. Pictures are created by scratching, scraping and carving away the outer layers of shell, revealing different shades of blue, blue-green, brown or grey. The deeper one carves the paler the colour. By carving to different depths, figures that appear three-dimensional can be created, light and shading can be added and a sense of perspective is gained. Usually a penknife is used but some artists use shearing cutters, files, sandpaper or even steel wool. When finished, a wooden or metal stand is individually crafted, with the egg held in place by a central pin. Because emus are protected, today carvers have to be registered and licensed to purchase or collect eggs. Peter Harris, a Nyumpa man from Lake Cargelligo, obtained the first license in the current system.

The designs are achieved by maximising the use of the many colour tones found in the shells. Some artists carve portraits into emu eggs while others prefer to focus on animal life or scenes that illustrate some aspect of Aboriginal or pan-Australian history. Many artists 'see' the picture in the egg before they start carving while others sketch out or think through their designs in detail beforehand. Kamillaroi artist Bill Reid, from northern New South Wales, illuminated many of his eggs with a small light bulb positioned inside, the electrical cord running through the stand. 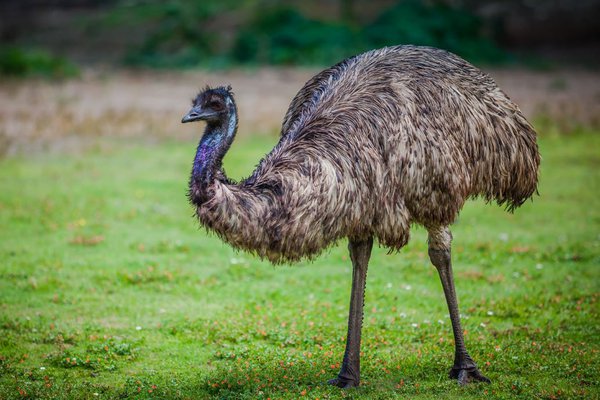 Bruce Pascoe and his Dark Emu

Our Book Club helps to absorb and promote Indigenous perspective on knowledge within the Australian Museum, and beyond.

A new emu (Dromaiinae) from the Late Oligocene Etadunna Formatio