These are five long stone blades with sharp edges, known by archaeologists as Leilira blades. The blade on the far left has residual resin at its base and a yellow decorative stripe. The blade beside it has a dark brown resin handle. The two blades on the far right are wrapped in paperbark; the blade second from the right is tied with string made from plant fibre, and the other with cotton tape. The colour of the blades ranges from cream to dark grey. They are between 15.2 cm and 20 cm in length.

The term 'Leilira blade' refers to very long flaked blades made in central and northern Australia that are triangular or trapezoidal in cross section. They are made by 'flaking' - removing a small piece of rock from a large piece, called a core, by striking it with a hammerstone. The core is usually held in the hand or rested in the person's lap or on the ground. Often one or both edges of the blade are retouched to create a dentated or notched edge or a rounded end.

Leilira blades are usually made from quartzite, a hard metamorphic rock that varies in colour from white to dark grey, but slate and other stones are also used. All of the blades shown are quartzite. The middle blade and the one on the far right were made from quartzite extracted from Ngillipidji stone quarry on Elcho Island, a major quarry in the region. Stone from Ngillipdiji quarry and finished blades made from the quarried stone were traded over long distances.

Leilira blades are up to 20 cm long and were used to butcher animals, to create cicatrice (raised) scars on people and in male circumcision. They were also used as spearheads in the Northern Territory, central Australia and western Queensland, and as fighting picks on handles (hafts) in the NT.

Three of the blades shown have features designed to protect their edges or their users from injury. The blade second from the left has a handle or grip made from resin. The resin was heated and moulded around the unpointed end of the blade; when it cooled, it dried hard. The two blades on the right have been wrapped in paperbark, tied on with string. The plant-fibre string used on the blade second from left is possibly made from pandanus leaf or bark.

The two blades on the left and the blade second from the right were collected between 1921 and 1932 from Groote Island. The middle blade and the blade on the far right were collected from Millingimbi in 1948 by Fred McCarthy. McCarthy was the Australian Museum's Curator of Anthropology. He collected many First Nations' cultural objects during the American-Australian Scientific Expedition to Arnhem Land in that year.

Arnhem Sheathtail Bats were only discovered in 1979 and very little is known about them. 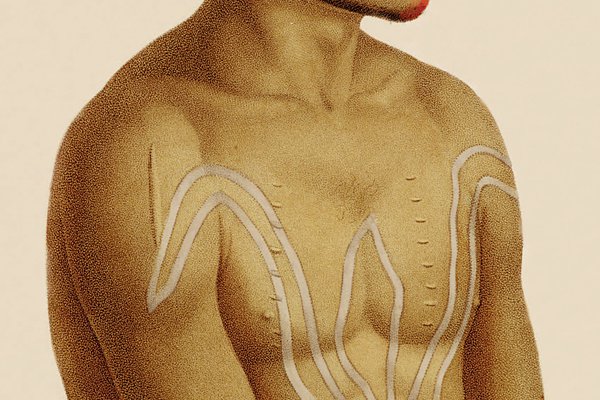