The Painted Grinner can be recognised by its long slender body and large mouth bristling with teeth. The colouration of the species is also distinctive.

The Painted Grinner has blue and yellow stripes or dashes along the sides of the body and a dark, oblique mark above the operculum.

It has a very short snout and an oblique mouth with numerous fine, sharp teeth. There is a short-based first dorsal fin, followed by a small adipose dorsal fin and a deeply forked caudal fin.

The species has been listed as Trachinocephalus myops in many publications. That species is not found in Australia and is now considered a separate Atlantic species.

The Painted Grinner lives in shallow estuaries down to deep offshore waters in excess of 200 m. It is rarely seen because it often buries itself in the bottom sediment with only its eyes exposed.

The species has been recorded from tropical and subtropical waters around the northern coastline of Australia from north-western Western Australia to southern New South Wales. 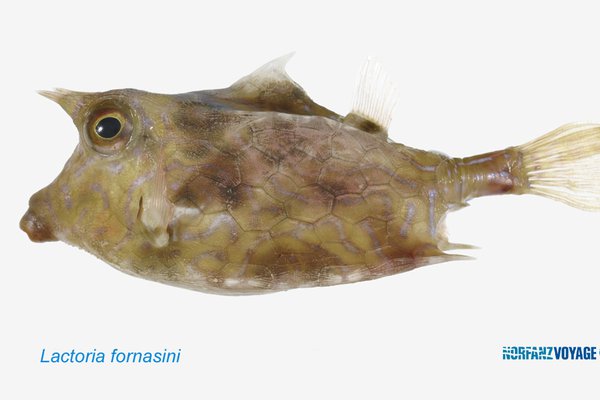